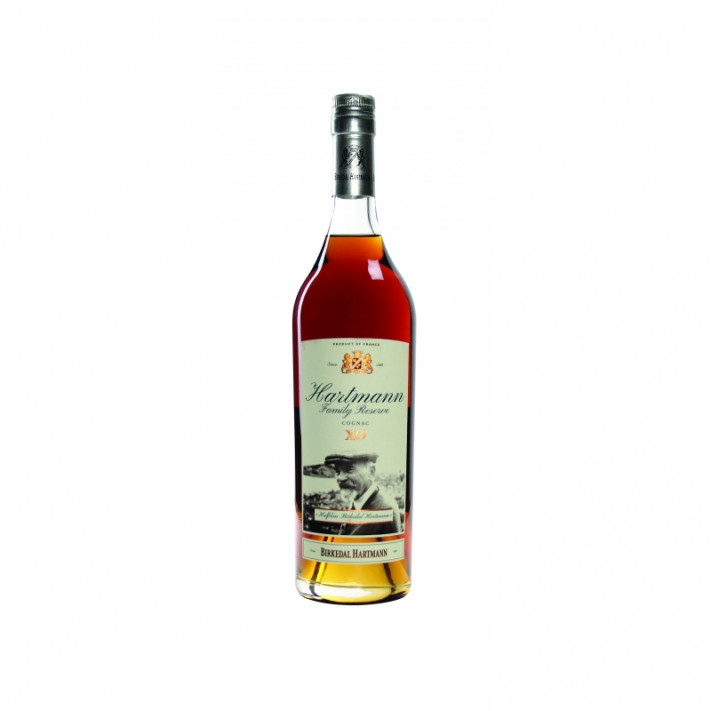 The Birkedal Hartmann XO Family Reserve Cognac is a tribute to the Hartmann family, going back to 1523. Using eaux-de-vie sourced from the Borderies and matured for a minimum of ten years, this is an expression of great character - just like the Hartmann family. One thing any Cognac connoisseur will emphasize is the unique flavor that eaux-de-vie from the Borderies express. The soil here exerts a unique character on the grapes grown across its chalky, sandy hills and many people will be pleasantly surprised by the notes of garden florals on both the nose and palate. This release was awarded an impressive 90 out of 100 points by the Norwegian culinary publication Apéritif, which declared it “a classic XO that everyone can enjoy”.

Founded in 1887 by Halfdan Birkedal Hartmann, the House of Birkedal Hartmann rapidly gained success amongst French-British families who were established in Cognac as well as across the globe, particularly within North and South America. Hartmann was such an influential Cognac producer that he was appointed Swedish-Norwegian Consul in Bordeaux. In 1905, when both countries separated, he became Norwegian Consul. Halfdan was of course a member of the Scandinavian Cognac Society and in 1927, he was appointed by the King of Norway as Commander in the Order of St Olav.

The House of Birkedal Hartmann is still managed by the family today, four generations on, and is the sole supplier of VSOP Cognac to the House of Lords in England.

With its soft curves and vintage appearance, this bottle expresses a classic elegance that makes it so delightful. The label is adorned with calligraphy text and an image of Halfdan Birkedal Hartmann himself.

This exceptional XO Cognac deserves to be savored slowly. Serve it in tulip glasses after a fine dinner, with dessert or simply on its own.