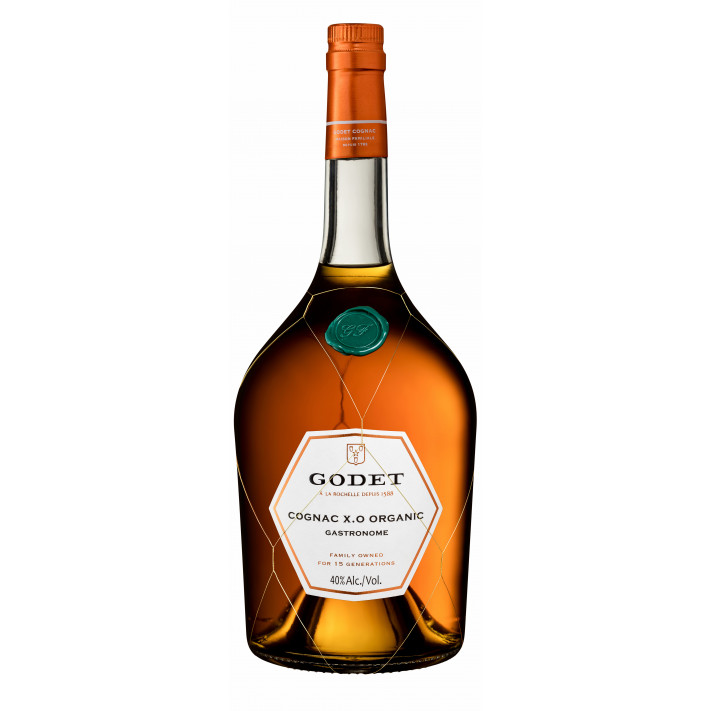 In today's world, people are more and more conscious of what they're consuming and how it's affecting the planet, so why should the Cognac we drink be any different? The Godet XO Organic Gastronome Cognac Magnum is an exclusively Fin Bois blend harvested in 2004, a single vintage from a single lot produced with absolutely no chemicals or artificial components, protecting biodiversity and reducing pollution for the world of tomorrow.

This is a larger, magnum bottle of 1500ml for sharing.

A sleek and subtle bottle design is a Godet signature, and the XO Gastronome Organic Cognac bottle exemplifies this with its stunning presentation. This particular magnum version makes it a wonderful centrepiece to bring out at any dinner party and share with family and friends.