Founded by Alexandre Bisquit in 1819, the house of Bisquit, with its home at the Château de Lignères by the banks of the Charente River, had a long-standing family tradition until the house was sold to Pernod Ricard in 1966. Said to have been among the favorite Cognacs of Winston Churchill and King George IV, it is popular in the Anglo-Saxon countries and hence was bought by the South African group Distell in 2009. Find Bisquit Cognac for sale and prices below.

Grand Marnier Is Back

Grand Marnier, the Cognac based orange liqueur has, let’s be honest about it, suffered a bit of a decline over recent years. But following its acquisition by Campari back in 2016, this is all set...

Well, here at Cognac Expert we’re quite used to reporting about some superb cognacs that have sold for good prices at auction.  But this is probably one of the first times that we’ve ever come... 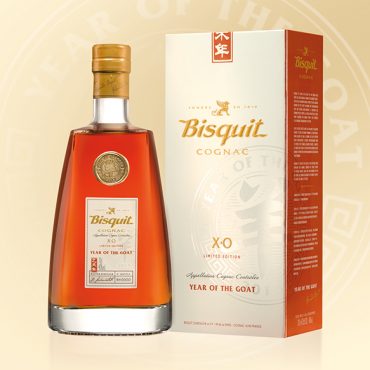 The Chinese New Year is always an important event for the Cognac houses, even after the government crackdown on gift buying and luxury goods. Despite this, high end Cognac remains a firm favorite... 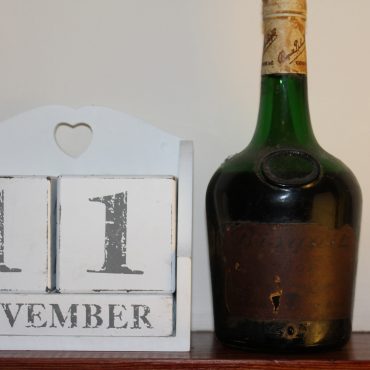 A reader has a cognac bottle of Bisquit Fine Champagne VSOP at home. The bottle is located in Kiltarlity, Great Britain. The reader writes “I was going through the inventory left by the former... 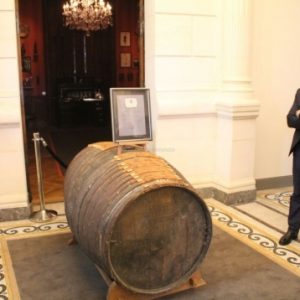 Just under a century ago, on 03 November 1916, the two-masted Swedish schooner, Jönköping, was hit by torpedoes from a German U-22 and sunk into the depths of the icy Baltic Sea. Actually, there is... 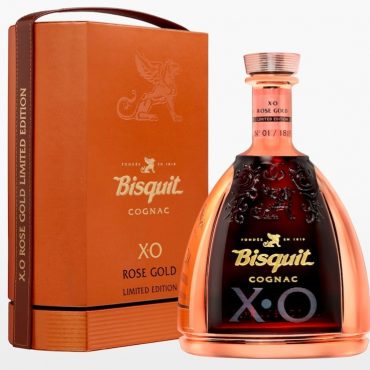 This time it’s the turn of Bisquit Cognac to launch a new product to market. And what an exciting one it is – a limited edition that’s entitled Bisquit XO Rose Gold Cognac. Created to commemorate...

1. Alexandre Bisquit created The House of Bisquit Cognacs at the tender age of 20, in 1819 - drawing on generations of family craft and experience.

7. In 1951, the House of Bisquit Cognac was named ‘Official Supplier of Cognac’ to King George VI of England.

The heritage of Bisquit dates back to 1819, when Alexandre Bisquit founded the cognac house in the town of Jarnac, in the heart of the Cognac region. His family had been active in distillation for generations, selling bottles since as far back as 1750, but had never taken the step of becoming independent with their own brand. With its 205 hectares of vineyards, it used to be one of the biggest vineyards in the Charente area, together with 64 alambics (pot stills) and cellars.

In 2009, Bisquit was bought by the South African group Distell from the former owner Pernod Ricard. In fact, when contacting Bisquit, we got through to the company headquarters in South Africa. Distell acquired a Chateau in the town center of Cognac to nest the brand and a complete site and cellars to shelter the cognacs. In 2010, the Cognac house launched its products in South Africa.

The Bisquit Prestige Cognac was awarded a gold medal at the London IWSC. The Bisquit VS, Cognac Bisquit VSOP and XO were also awarded - the brand is the first to be awarded for each category of their Cognacs.