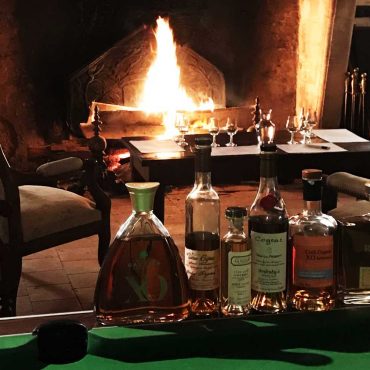 It might surprise you to know that some of our favorite XO Cognacs include those of some of the smaller, artisan houses. Of course, we also love the ‘big boys’, but when it comes to finding some of... 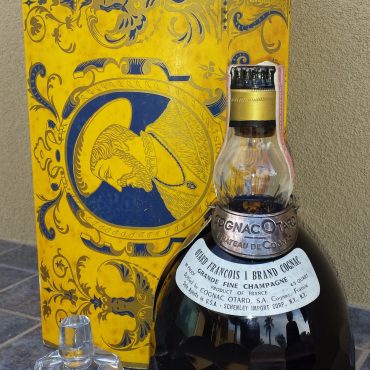 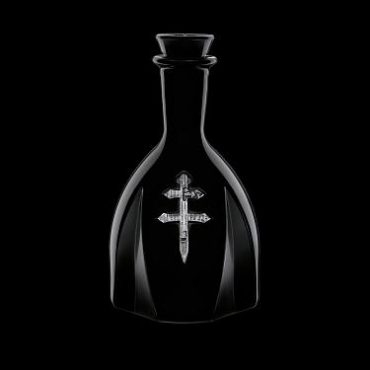 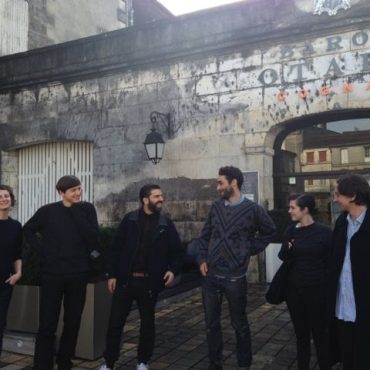 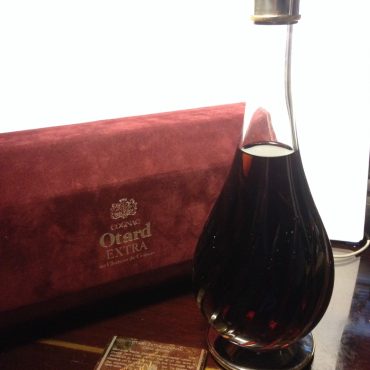 Here comes the weekend and something really beautiful, a Otard Extra Crystal Decanter that one of our readers from Malaysia sent us. He tells us that “This was also from my grandfather’s... 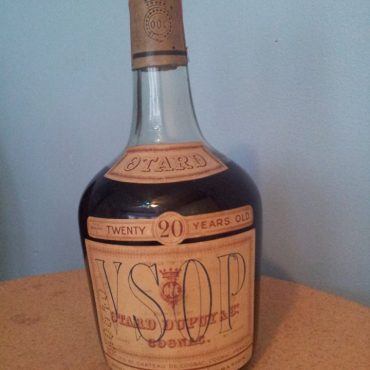 Here comes the weekend and this rather interesting looking VSOP Cognac by Otard, great story inclusive. The bottle is located in Philadelphia, USA. The reader tells us that “My husband family has...

1. Curious about Otard’s link with Norway? The family can trace its origins back to a Norwegian warrior, named Ottar in the 9th century. His descendants lived in the Dun-Ottar castle in Scotland between the 11th and 17th century, and they followed King James II of England in support of the Stuart cause. They later moved to France in exile - and ended up in the Cognac region. Take a more detailed look at the relationship between Norway and Otard.

2. Its home is the Chateau de Cognac, also called the Chateau de Valois. Originating in the 9th century, this castle went from being a fortress during the Hundred Year War to the home of the Valois family in the 1500s and future King of France, Francois I.

3. The great-grandson of the Scottish baron, James Otard was Jean Baptiste Antoine Otard. He was born in Cognac in 1773 and would found the famous cognac house Otard, buying the Chateau de Cognac as a home for the estate. But before he could establish the company, he was sent to exile in England for a few years during the French Revolution and could only return in 1795. His family had been winegrowers and the step to become a cognac producer and gain independence was not all too difficult.

4. Otard was the first Cognac producer to create a Cognac at 55% ABV, going back all the way to Baron Otard who noticed that this was what happened to the spirit through the long sea voyages to export the barrels.

5. Throughout the centuries, the Chateau has had prestigious guests such as Richard Lion Heart, Henry III King of England, the philosopher and writer Voltaire and the Queens and Kings of France.

6. The cellars of the chateau are still instrumental in storing and aging Cognac to this day.

7. The most valuable Cognac remains to be the Otard 1795 Extra, a blend that is stored in a secret cave in the Chateau, and the result of an old tradition and quest for the highest quality.

Today, Otard is very proud of its innovative marketing strategies, such as its exquisite packaging. They work a lot with limited editions, creating an element of exclusivity that is important in the luxury brands market. For instance, in 2006, Otard launched its first vintage cognac from the Grande Champagne region, dated 1975, in an edition of 1000 bottles.

The most valuable cognac remains to be the 1795 Extra, a blend that is stored in a secret cave in the Chateau, and the result of an old tradition and quest for the highest quality. Since recently, Otard belongs to Bacardi Ltd, positioning it next to highly ranking spirits like Bombay Sapphire Gin, Grey Goose Vodka, Martini and of course Bacardi Rum.

You can see all of the prices above in our Shop for the entire Otard selection.

Otard has a museum with a detailed overview of its history, its product range and its collection of posters and campaigns of the past decades. Visits start with a discovery of the medieval Chateau, followed by an introduction to the different stages of Cognac production.

Take a look at the time we visited the Chateau for some more inspiration about the trip.

I have bottle of Extra 55 cognac with a unique shape like Pearl. Age - I don't know how long, can it consumed? What is the value now? Thanks, Antony wee

I have two bottles of otard XO in unique black sleek bottle with silver boxes. Both sealed with wooden cap and wire mesh. On top of it with plastic cover. Age - I dont know how long. Can it be consumed? what is the value now? Thanks

May I know how long a bottle of unopened Cognac OTARD VSOP can keep? I think this bottle looks more than 20-30 years old... Would appreciate any information, to be safe before consumption! Thank you!

Im currently in Almada Portugal And they sell baron otard vsop cognac at grocery store called Jumbo. It's €38. Same one as they also sell in Ontario Canada (lcbo) for $73 plus tax. Hope this helps. It comes in a really nice silver looking box.

I have a bottle of Otard Extra that was purchased at the Otard castle back in about 1990 or 91. The bottle is black with a gold emblem and below it reads Cognac Otard Extra. It is 40% alcohol and also has the number 70cl on the back. It came in a very nice black box with that also has the same ornate gold seal on the front. I remember when it was purchased it was a fair amount of money at the time. I am curious as to what it might be worth and where I might be able to sell it here in Canada.

I also have an otard xo sealed. what is the value of this. the marking says it was bought at a duty free shop in ceylon, i'm sure it was purchased sometime between the '30s thru the '60s.

Bonjour, The reason for this post is that I cannot find any supplier of Otard VSOP or better in the UK. Please can you help with a suggested source. Around 30 years ago, we visited your castle with our two small children for the son et lumiere tour. Each parent waited outside in turn while the other made the tour. The VSOP cognac-sampling at the end was a great success because, since then, given a choice, it is the only cognac I will drink. (I have not tried the XO!) . The main source of Otard for me has been airport 'duty free' shops in continental Europe - such as Milano, Roma and, I think, Munchen. Now, it is rare for me to fly around Europe. Please can you help supply me with your outstanding Cognac in UK or, with inexpensive carriage, from outside the UK. Merci, Brian Edwards

I have a bottle of cognac otard au chateau de cognac extra fine cognac-jade got it as a gift years ago. can you tell me a little about this particular bottle, if it can be purchase anywhere.

I have a bottle of Otard XO Cognac in a black decanter looking bottle with a black wood box still sealed and as new. Does it have any value? Thank Dudley

Wasn't cognac otard rebranded and now the new name of the brand is Baron Otard, or "Cognac Baron Otard"? I just recognized that all of their bottles were redesigned, I mean, that's a majoir redesign of packaging, I'd say. Or is this a different brand/producer? As far as I know, Otard belongs to Bacardi, and they probably wanted to get rid of this old school image.. and made the whole name/branding/packaging more contemporary. did the cognac also change, are those new blends? thanks