Representing a connection between the past and the present, Laurichesse Cognac is a young brand created in 2018 by Léa and Olivier Laurichesse. The couple met in Segonzac, while Léa was studying viticulture and Olivier was already working on the family vineyard. Together, they decided to create a brand under which they could begin to release Cognacs created by Olivier’s father in the 1970s. This selection of small-scale, single-cask Premier Cru Cognacs shows a glimpse into the past; we’re keeping our eye on the future as well, considering Léa and Olivier are also the owners of a vineyard and distillery in the Grande Champagne region.

Visitors are welcome on appointment.

Both natives of Segonzac, Olivier and Léa created the Laurichesse Cognac brand in 2018.

Olivier is descended from a long line of winegrowers and dreamt of working in the vineyards of Cognac that he grew up knowing. What followed was a scientific baccalaureate and a degree in viticulture, as well as vital experience working in both Alsace and Médoc before returning to the family property in 2003. In 2015, Olivier decided he needed to work a piece of land of his own, cultivating 40 hectares of vines in Roissac (Angeac-Champagne).

Deeply passionate about wine and spirits, Léa decided early to focus her studies in this area and obtained a license in the wine and spirits trade in 2008. Her diploma led to a 3-month internship in the United States, working for an importer-distributor in New York before returning to France where she resumed her studies. In 2010, while Léa was studying at the University of Eaux-de-Vie in Segonzac, she met a kindred soul in Olivier who was working on his family’s vineyard - and the rest is history.

The current range of Laurichesse Cognac seeks to highlight eaux-de-vie distilled by Olivier’s father Guy in the 1970s. Distilled in a 12hl still on the family property of Verrières, these Cognacs have been stored in French oak casks and give a fantastic insight into the individual character of small-scale Cognac production. The range, known as Le Chai de mon Père (‘The Cellar of My Father’) was previously called Hommage.

Each barrel of vintage eaux-de-vie has been carefully selected and bottled in its natural condition in order to highlight the skills and quality of Guy's work. 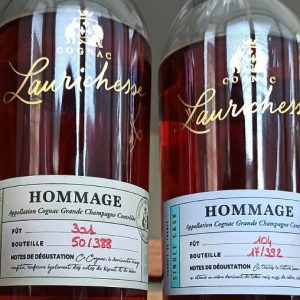 Note: The images in this bottle review will suggest that the two Cognacs are from a range called Hommage. However, the range name has since been modified to Le Chai de Mon Père, which translates in... 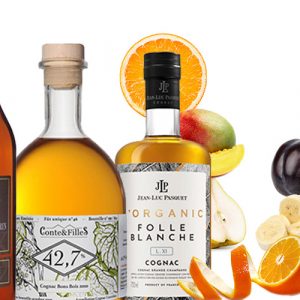 Welcome to article 2 of 4 in the Cognac Expert educational series that explains the different seasons of Cognac. Here we discuss the summer aroma and taste trends that fall under the fruity Cognac... 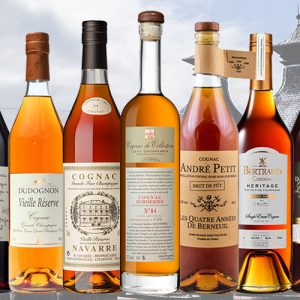 With the price of malt whisk(e)y on the rise, whisk(e)y lovers are becoming increasingly more drawn to the idea of seeking out appealing alternatives to their loyal spirit. Now more than ever, the...
You need to login or create account