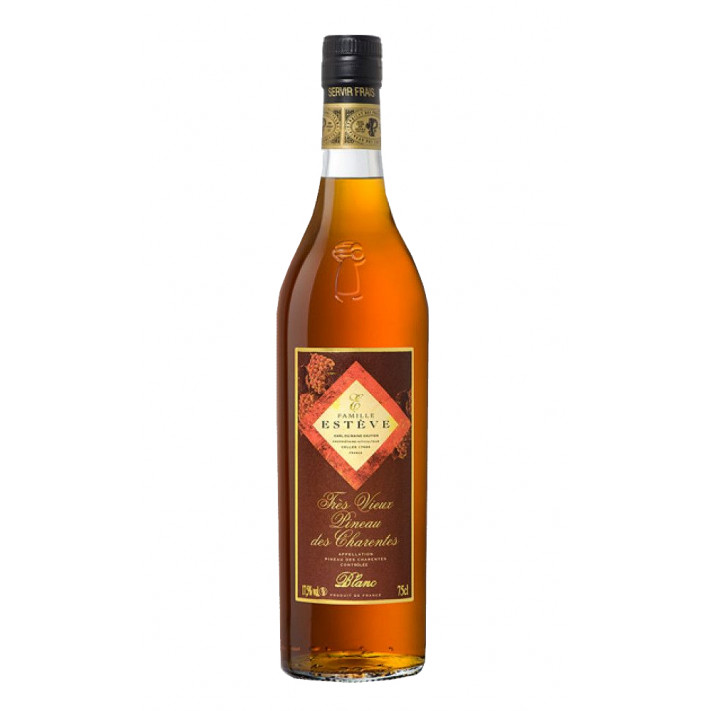 Blended with eaux-de-vie sourced from the Petite Champagne region, Estève Très Vieux Blanc Pineau has been predominately produced from Ugni Blanc grapes. The result is a lively and complex expressionPineau, characterized by tropical fruit notes balanced by rich rancio and wood. Only Pineau that has been matured in oak casks for over ten years can be labelled with the ‘Très Vieux’ classification; at this age, you’ll find an abundance of aromas and flavors, beautifully integrated by the years spent in oak.

Maison Estève is currently run by Philippe, a 7th generation Master Blender who operates 49 hectares of vineyards located in Petite Champagne, covering several municipalities of the Charente and Charente-Maritime regions. Alongside creating some outstanding Cognacs, he also prides himself on bottling well-aged Pineau des Charentes, including this award-winning expression.

The Estève Très Vieux Blanc Pineau comes in a tall, straight bottle, a classic style that was originally popular in the 19th century. The russet label has been decorated with gold details, including the Estève emblem.

Like most Pineau de Charentes, this is best served chilled (8-10°C) as an aperitif. Serve in tulip glasses alongside hors d'oeuvres or simply on its own. It’s also wonderful after dinner with a cheeseboard.