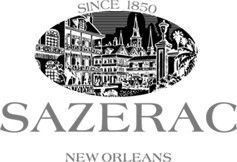 Sazerac is one of the largest spirits companies in the U.S., with nine of the country’s most reputable distilleries to its name. They produce an impressive range of spirits, including Bourbon, Cognac and Whiskey and many of its brands are global, household names. Although founded in 1850 in New Orleans, the company recently uncovered a historical connection to France's own Cognac region.

The story of Sazerac starts with Creole immigrant Antoine Peychaud’s late-night experiment in his New Orleans pharmacy in 1838. As an apothecary, Peychaud had a penchant for mixology and whilst entertaining his friends one evening, he happened across a compelling concoction of brandy, absinthe and a dash of his secret bitters. This concoction was the first of its kind and according to legend, became America’s first cocktail.

In 1850, the cocktail was popularized by the highly-frequented New Orleans Sazerac Coffee House, where owner Sewell Taylor began to offer it to clientele. His version was made using Sazerac de Forge et Fils Cognac, which he imported from France. The cocktail soon became the talk of the town, and subsequently was given its name.

By 1869, Thomas H. Handy had bought the Sazerac Coffeehouse and soon turned his hand to buying and marketing multiple liquor brands. Two decades later, after buying the rights to Peychaud’s bitters, Sazerac acquired its eponymous cocktail, bringing the mythical drink to the masses and expanding business in the process. The company has enjoyed huge global success for over 150 years.

To bring it full circle and back to Cognac, the present-day spirits company went to great lengths to research its history, finding ties to an important French family, who had been producing Cognac on their Charente estate for 400 years. In fact, the family had been operating an international and commercially successful Cognac enterprise since 1782 as Sazerac de Forge et Fils. In light of this new discovery and historical connection, Sazerac acquired the Cognac estate and distillery in 2016, bringing Cognac back to New Orleans.