It is believed that Charles Gautier started producing cognac some time between 1600 and 1640. It wasn't until 1755 however that the Maison Gautier received the official licensing permission from Louis XV and started producing cognac under the name Gautier Cognac. The 250-year-old history is one of the most ancient ones in cognac production. Until this day, the cognac house remains in its original location, a former watermill in Aigre. Initially, the location was chosen because of the water power running the machinery.

Over time, it became clear that the humidity and temperature that are created by the water of the River Osme, which gives this cognac such a characteristic taste. Similar to HINE Cognac, who age a selection of casks by the seaside in England, Gautier's products have a special taste to them. Charles Gautier's grandson Louis built a strong foundation for the family business in Cognac, focusing on trade and distribution. For 10 generations to come, the cognac house was passed on from father to son, preserving the family tradition and the secrets of distillation, aging, and blending. Gautier has always produced a relatively small amount of Cognac, concentrating mainly on quality and expertise. It is a product aimed at demanding palates and Cognac connoisseurs.

The price of Gautier Cognac depends on the age of the bottle. You can typically find the Cognac Gautier VS price to be around 40 euros.

The price of the Gautier Cognac XO is around 115 euros, and the most expensive bottle you can buy is the prestigious Cognac EDEN, created in 2009 in response to the international demand of old high-end cognacs.

In 1995, the Maison Gautier was acquired by the group Marie Brizard & Roger International, which would later be bought by the Belvedere Group in 2006. With a significant network of distribution for alcoholic beverages, the group has allowed Gautier to continue growing and sell their cognac in 92 countries worldwide. Alongside Gautier Cognac the group also distributes Tequila San Jose, Old Lady's Gin and Sobieski Vodka amongst many other spirits. Cognac Gautier has one of the few female cellar masters in the cognac industry, Isabelle Couprie. Her ancestors have been in the cognac industry dating as far back as 1750. Gautier continues to create new blends to surprise cognac lovers and hold on to their philosophy of innovation.

The Fisherman's Float Cognac is a limited edition XO which is highly sought after; created in the shape of a fisherman's lantern.

Gautier Cognac has been awarded numerous prizes of excellence in the most important international spirit conventions.

There is an inspiring list of cocktail recipes on the website of the Cognac house. This shows how much Gautier is moving with the time, adjusting to contemporary developments in the cognac industry and the demand of its consumers.

Gautier does not offer visits. 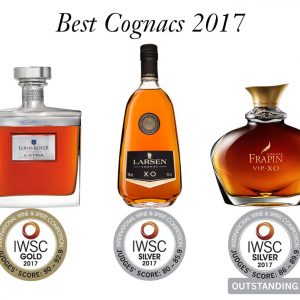 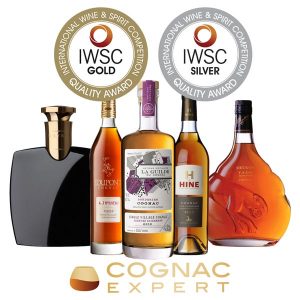 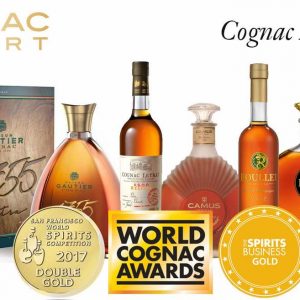 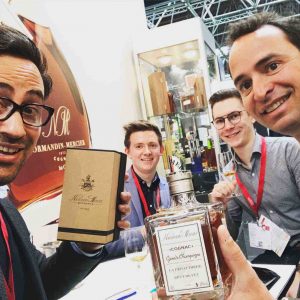