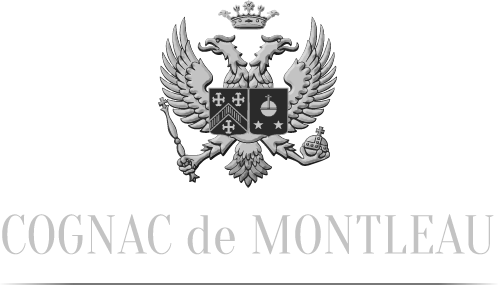 Cognac de Montleau is produced in Château de Villars near Jarnac in Charente. The Montleau family descendants are in possession of some 40 hectares of vineyard across the Fins Bois and Borderies regions where they continue their family’s tradition to grow, age and blend some of the rarest and oldest Cognac available.

The Montleau family’s origins go back more than 400 years. They are a branch of the famous La Rochefoucauld family, who has ties to the English royal family. The Montleau family developed some “Eaux de vie Vielle de Cognac” in the mid 19th century which became highly appreciated in the Parisian upper-class and the Russian court. According to “The Last Romanov” by Dora Levy Mossanen, Cognac de Montleau was a favourite Cognac of Tsar Alexander III and Nicolas II of Russia.

Château de Villars, where the Montleau family descendants and Cognac de Montleau brand is based, has its foundations in the Middle Ages. The château was built in the end of the 15th century and was owned by François I, King of France from 1515 until 1547. The King, who was born in Cognac, often visited Château de Villars to participate in hunting events with the court.

After more than a seventy year hiatus in production, the current owner and master blender Alexandre de Brou de Laurière, restarted the Cognac de Montleau company and registered the trademark in 2014.

The Montleau family descendants produce their cognac in Château de Villars, using the ancestral traditions and the long ageing process passed down through their family and the history of the castle itself. They have around 40 hectares of vineyards in both the fins bois and borderies terroirs and produce a range of cognacs made from a blend of these.

All of the Montleau Cognac’s are exceptional rare old Cognac that has been aged in old Limousin oak barrels.

Réserve - A VSOP Cognac that has been aged for a minimum of 15 years. This fresh and aromatic cognac is suitable on ice or in cocktails.

Héritage - A XO blend of fine and rich Cognac. This is an elegant and unique superior blended Cognac.

Impérial - A hors d’age Cognac that has aged in oak barrels for more than two generations.

Autour de 1942 - An exceptional single blend Cognac that was distilled in secret in the 40’s during the German military occupation of France, when it was forbidden to make Cognac. It was buried for several years after being distilled and has been kept ageing in single oak barrels by the Montleau family.

1970 - A vintage, single oak barrel Cognac that has been ageing in old cellars for decades.