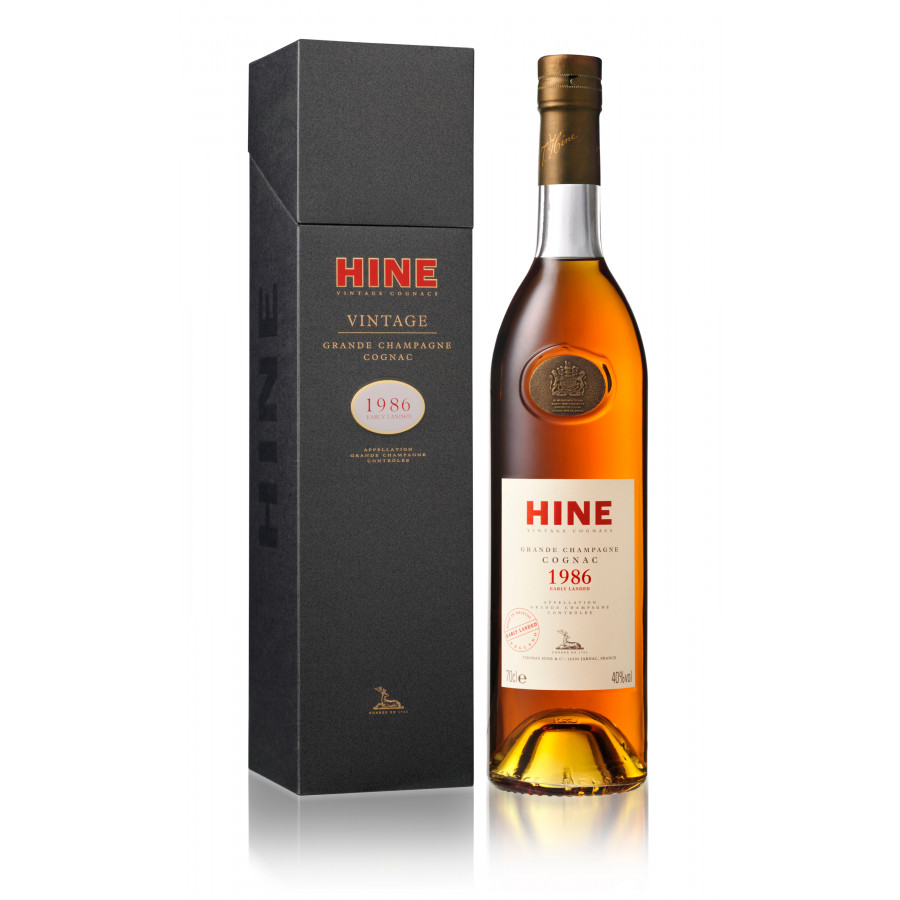 This single vintage release represents the 1986 Premier Cru of Grande Champagne. Distilled on the lees for a more complex flavor, Hine Vintage Millésime 1986 Cognac was aged in fine-grained, lightly toasted French oak, resulting in an outstanding aroma and palate. Hine Cognac still use their centuries-old high humidity cellars located on the banks of the River Charente to better facilitate the development of mellow, rounded eaux-de-vie.

Drawing its identity from the heart of Cognac, Hine focuses only on the Grande and Petite Champagne growing areas. Across 115 hectares of land by the village of Bonneuil, their vines of Ugni Blanc grapes cover a chalky, limestone-studded landscape. Even more so than the fields, the ancient cellars underneath the grand Maison Hine have seen little change in over two centuries. These vaults still remain locked to protect the finest vintages, chosen by Bernard Hine for his family’s single vintage expressions. With the tradition of vintages almost extinct in Cognac today, Bernard considers himself a guardian of these rare casks, appreciating the individual nuances that each year’s growing season brings.

The Hine Millésime 1986 Cognac is presented in a sleek, tall bottle with the Hine medallion stamped on the neck. The elegant box features the vintage prominently displayed on the front.

How to Enjoy Hine Millésime 1986 Cognac

We recommend you enjoy this fine single vintage Cognac neat in a tulip glass, sipped slowly to fully capture every delicate aroma. Make sure to save it for when you have the time to truly appreciate all the sensory delights it has to offer.