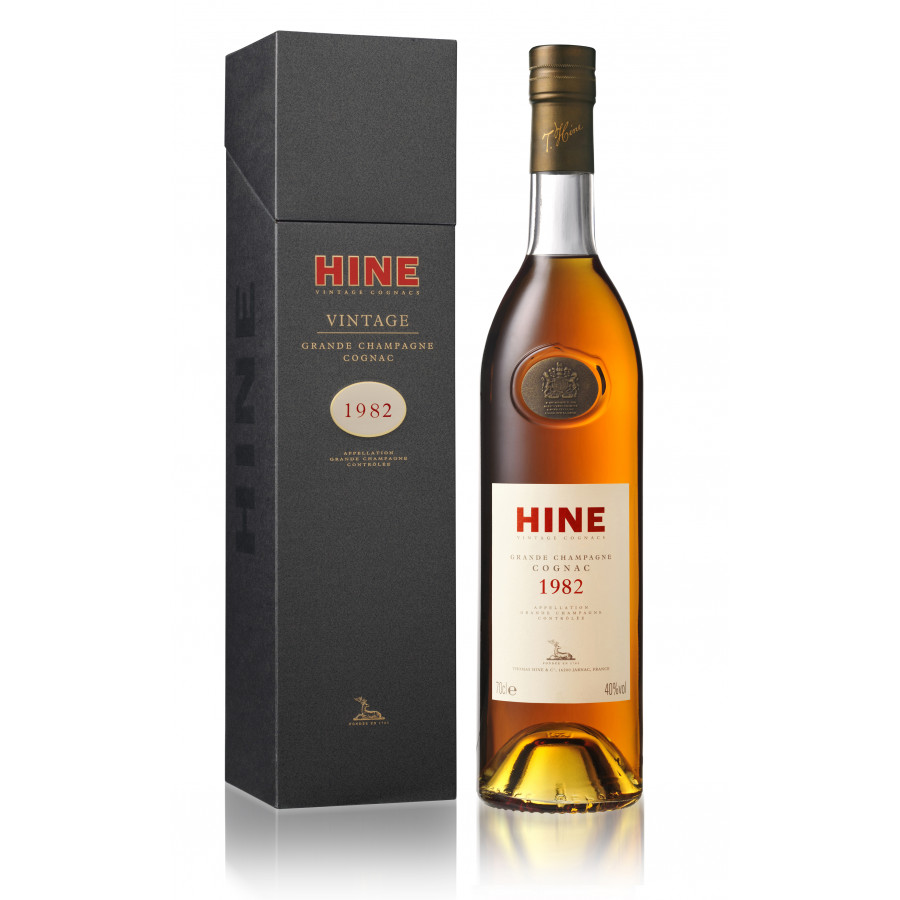 Hine Millésime 1982 Early Landed Cognac is a rich, earthy Cognac displaying a balanced palate. The harvest of 1982 produced an unusually large crop of outstanding wines - allowing plenty of eaux-de-vie to be distilled and sent across the English Channel to Bristol for aging. Here, the cold, humid cellars allow for a gentle maturation period, creating supple Cognacs that are then shipped back to France for bottling.

These days, the house of Hine focuses only on the Grande and Petite Champagne growing areas, overseeing 115 hectares of land by the village of Bonneuil. Vines of Ugni Blanc grapes cover the limestone-studded hills, drawing nutrients and water deep from the chalky soil even during the hottest summers. The terroir of Grande Champagne in particular allows Bernard Hine, the sixth generation to run the Hine family business, to select exceptional vintages to either be aged in France or England. While the decision to create Early Landed vintages may be unusual, it honors the history of this grand Cognac house and poignantly recalls the journey that young Thomas made over two centuries ago.

The Hine Millésime 1982 Early Landed Cognac is presented in a sleek, tall bottle with the Hine medallion stamped on the neck. The elegant box features the vintage prominently displayed on the front.

Sit back and relax; this is one to take your time with, perfect to end a meal or an evening with friends. Gently let the Cognac breathe in a tulip glass before taking a sip, tasting the results of a long-gone harvest.