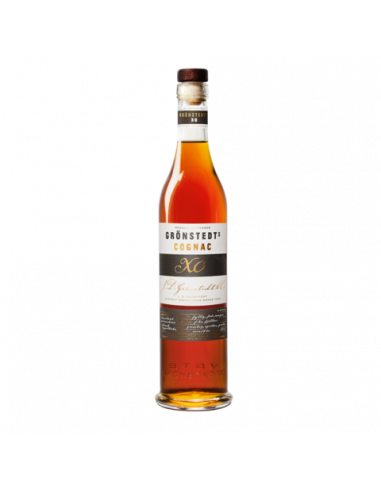 Grönstedts XO Cognac: An Explosion of Aroma and Taste

The Grönstedts XO Cognac promises an experience that is nothing short of outstanding. Aged for at least six years in French oak barrels, this Premier Cru Cognac promises a full-bodied and intense fragrance. Crafted from Ugni Blanc grapes harvested in Grand Champagne - generally considered the most prestigious terroir of Cognac - this XO expression from Grönstedts provides amazing quality and smoothness.

The history of Grönstedts Cognac dates back to 1824 when a young Johan Daniel Grönstedt left his hometown in western Sweden to look for work in Stockholm, hoping to support his family after the death of his father. After grafting for twelve years at various restaurants and establishments, Johan took over the tavern and wine shop Stiernan (‘The Star’) in Stockholm’s Old Town and began to make his own liqueurs. The most popular liqueur at the time was punsch, and Johan’s version soon gained a reputation for being the best. After a few successful years of trade, he opened a second shop in 1846 and released a Cognac blended under his own name. In recognition of his hard work, Johan Daniel Grönstedt received a knighthood from King Karl XV of Sweden in 1865.

While Grönstedts is today the only Cognac company granted permission to store its products outside of France, due to logistical and quality assurance of the raw materials the production site was relocated to France in 2008. The company may have moved out of Sweden, but it is still regarded across Scandinavia as a symbol of Swedish Cognac, and its founder who came from humble beginnings is fondly remembered as the ‘Cognac Prince’.

Grönstedts XO Cognac comes in a tall, elegant glass bottle with a flared-out base and wooden cork stopper.

How To Serve Grönstedts XO Cognac

This rich XO Cognac is best enjoyed in a traditional tulip glass as a digestif or late into the evening. It’s the perfect accompaniment for sumptuous chocolate desserts or a hot espresso.

The Finnish brand Grönstedts Cognac is well known in both Scandinavia and other continents around the globe. The company has a history dating back to 1846 and is today an internationally recognized cognac brand and part of the portfolio of the Scandinavian company Altia Corporation. The brand has a varied and convoluted history, and production of Grönstedts Cognac has seen many homes. Today the cognac is a leader in its native Scandinavia, with it being the most popular cognac in the country of Sweden. 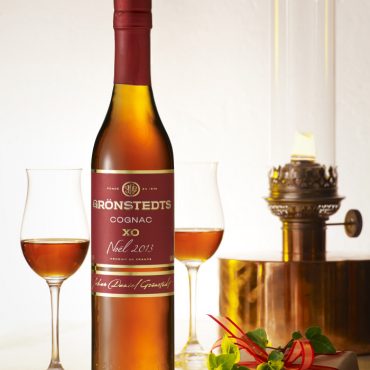 Grönstedts releases Christmas XO Cognac “Noel” for the 2013 holidays, as reported by Cognacsociety. Okay, so it’s now December so we can officially begin to get excited about Christmas. The trees...

It’s Christmas and time for an Exclusive New Cognac

There’s no better time to release an exclusive cognac than at Christmas, as producer, Grönstedts know well. Now in its sixth year, the 2011 Annual Christmas Cognac is a blend of mainly Petite and...

In Finland there is a so called “monopoly system”, like in Sweden. This means that the whole off trade business is runned by the covernment, by monopoly company. Sweden they call this “System...