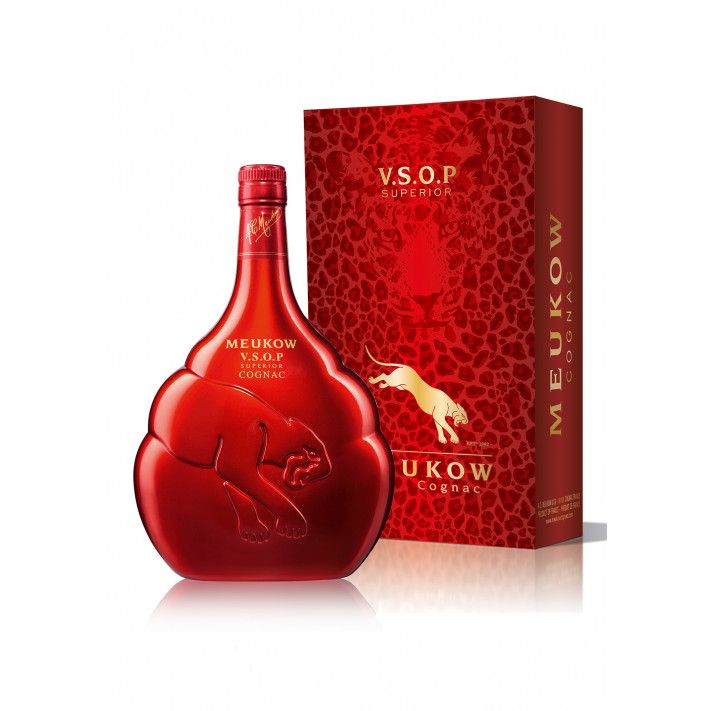 The Meukow VSOP Red Limited Edition Cognac is another striking special release, blended with eaux-de-vie from several growing regions around Cognac and aged for a minimum of four years in fine-grained French Limousin oak. Only the heart of the distillate has been used in the eaux-de-vie, allowing for exceptional purity, while the oak imparts sweet vanilla notes to complement the fresh fruit aromas.

Cellar Master Anne Sarteaux oversees all production of Meukow Cognac with her distinctive style and attention to detail. She carries on traditions that have been passed down since the house was founded in 1862 by brothers Gustav and August-Christophe Meukow, who had travelled from Silesia to source eaux-de-vie for the Russian Tsar Alexander II. Struggling to collect enough Cognac for their Tsar, the brothers instead asked for a grant to build their own distillery and settled in Charente. Although it was originally created for the Russian royal family, today Meukow Cognac is sold in over 80 countries around the world and widely recognised for its elegant flavour and distinctive designs.

The signature panther motif was created in 1995 and has since become a famous emblem, perfectly expressing the bold and elegant character of Meukow Cognac. For this reason, it’s often referred to as the ‘jaguar spirit’.

The Meukow VSOP Red Edition features a flamboyant red bottle with their signature embossed panther. It is presented in a striking red leopard-print box with gold lettering.

This bold and characterful VSOP is best enjoyed over a chunk of ice in a crystal tumbler, but it’s also fantastic in mixed drinks like this variation on the classic Sazerac cocktail:

First, add the Absinthe to a rocks glass and top with ice and water to chill. Stir together the Meukow VSOP Red, Créme de Cassis and bitters in a mixing glass with ice until thoroughly chilled. Discard the Absinthe-water rinse, strain your cocktail into the empty glass, add a block of ice and a lemon zest - and enjoy.

$ 97
Tap to zoom
You need to login or create account