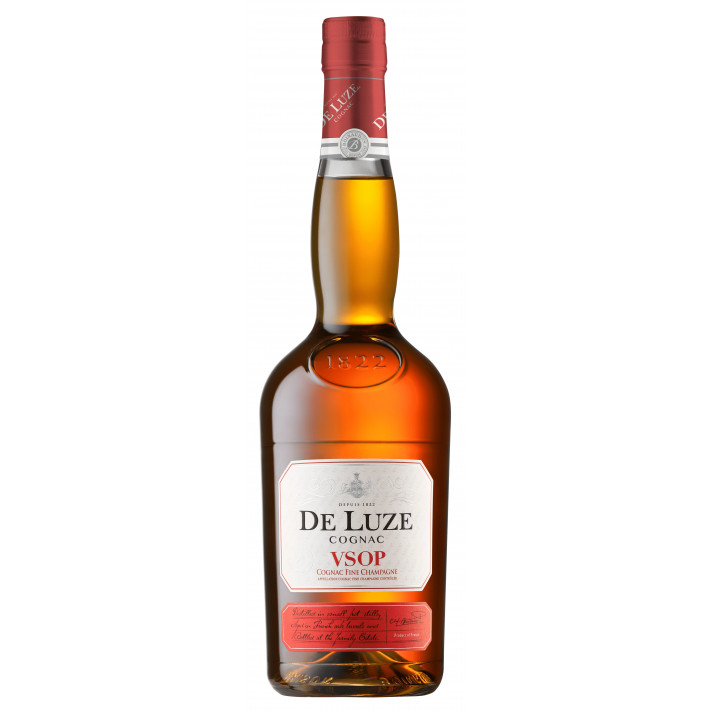 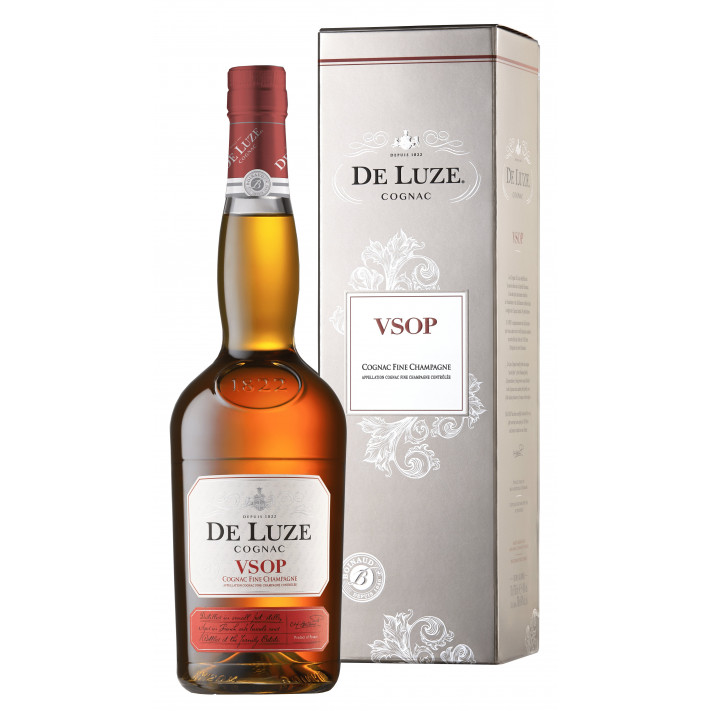 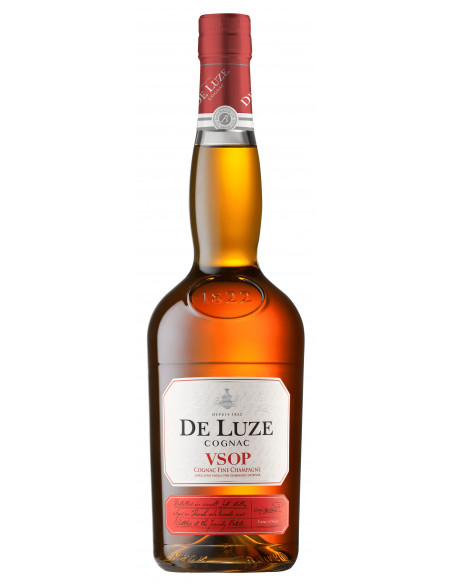 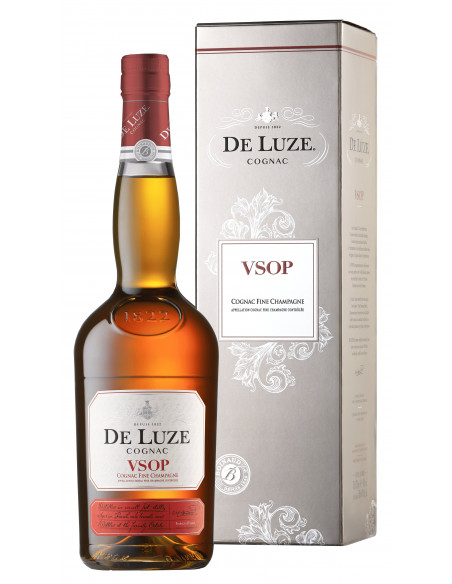 This blend comprises eaux-de-vie from the two premier growing regions of Cognac, Grande Champagne and Petite Champagne, with at least 51% of the blend sourced from the Premier Cru. The components of De Luze VSOP Fine Champagne Cognac have been aged for up to to 12 years, with the oldest spirits sourced from the Boinaud Estate harvest of 1989. Distilled on the lees in the distillery on the family estate, this Cognac has also been matured in French Limousin Oak barrels that were made in De Luze's own cooperage, making it a spectacular expression of this wonderful estate.

The House of De Luze in came into existence through an international set-up in the 19th century. In 1817, brothers Alfred and Louis-Philippe De Luze took off to New York to build up business relations in America, and soon established a shop. However, they realized that it would be more productive if one of them actually was based in the Cognac region in order to manage trade and exports. Alfred therefore returned to Bordeaux, where he founded Maison De Luze & Fils with his sons, dealing in Bordeaux wine and Cognac which could then be distributed via his brother's agency in New York. Over the next four decades, they continued to expand trade, setting up a strong European network of buyers.

By the mid-19th Century, Alfred and his family had made enough success that they were able to acquire Chateau Paveil, situated in Margaux, a small wine-growing region in Bordeaux. They later also purchased the Domaine de Chaine, a vineyard sprawled across the Grande Champagne region.

Combining classic design with a modern flair, this Cognac is just as much a treat to look at as it is to drink. The curved profile leads to a long neck, decorated with an embossed glass emblem and deep red foil. The label perfectly matches the stylish presentation box, making this a lovely gift for anyone interested in fine spirits.

Set other Cognacs aside to mix in cocktails or long drinks; this is one to sip slowly. The indulgent fruit and spice notes make this VSOP perfect as a digestif to enjoy late into the evening, ideally in front of a roaring fire.

I tasted this VSOP against 7 other VSOPs in a blind tasting. Very nice on the palate, great finish. Recommended.