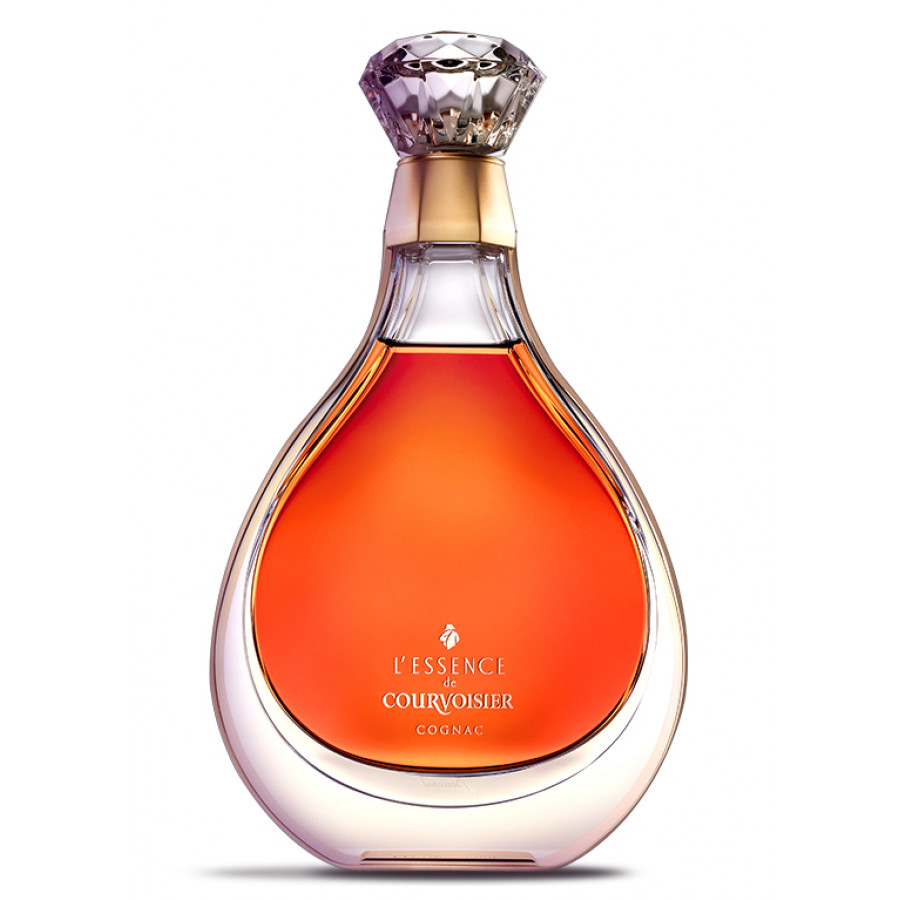 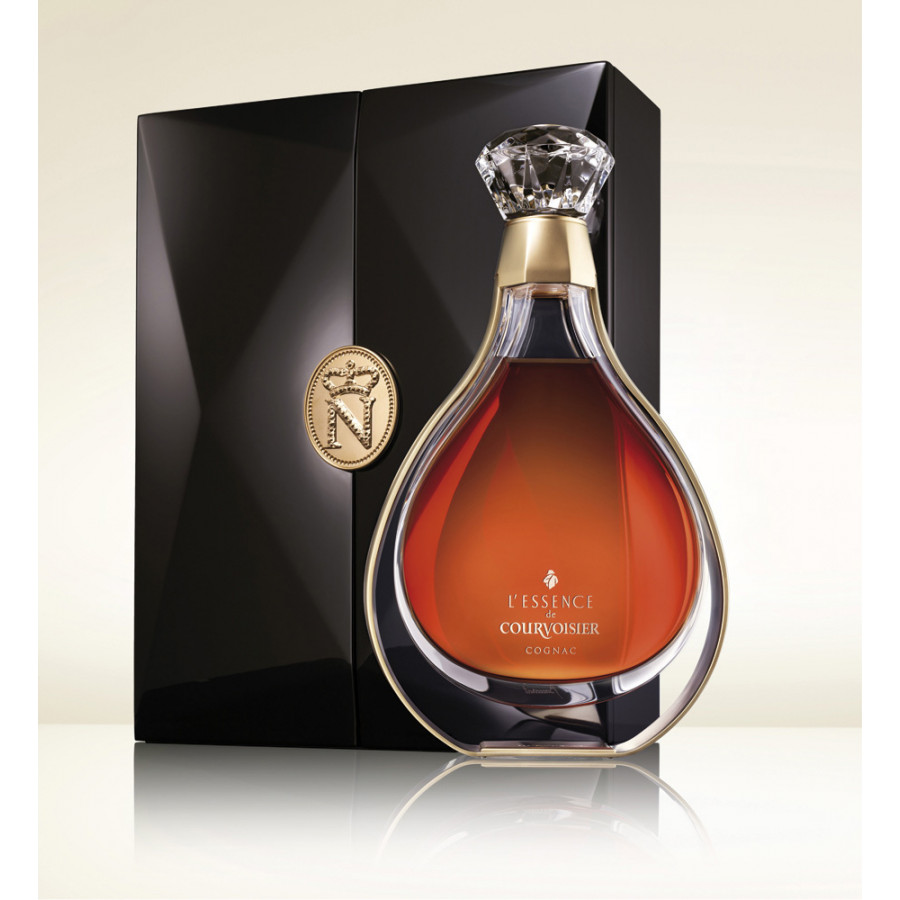 A high-end Cognac from the House of Courvoisier, L'Essence de Courvoisier Cognac is a truly rare gem and the lasting legacy of House of Courvoisier’s fifth Master Blender, Jean-Marc Olivier. This blend comprises over 100 exceptionally rare eaux-de-vie, some dating back to the beginning of the 20th Century, complemented with younger components from the early 21st Century to mark Courvoisier’s innovations in distillation and barrel-making techniques. Several crus have been used in the blend, but we know that this Cognac house only uses grapes from the Champagne regions, the Borderies and Fins Bois. For their maturation, Courvoisier selects fine-grained Limousin oak from the Forest of Tronçais, famous for its soft vanilla notes and gentle spice.

Patrice Pinet, current Master Blender at House of Courvoisier, said of L’Essence that it is "a timeless blend of the finest eaux-de-vie from the last two centuries, hand-selected as the most innovative of their generation to create a definitive Cognac for any era".

Courvoisier’s reputation as a Cognac for the elite dates back to their beginnings when a small wine and spirits shop owned by Emmanuel Courvoisier and Louis Gallois was visited by Napoleon Bonaparte himself. They soon became a supplier of Cognac for the Emperor, followed by royal families across Europe. Today the Cognac house’s popularity extends to a different type of royalty - including rappers like Busta Rhymes and P. Diddy - a change that has been embraced by Courvoisier. L’Essence de Courvoisier is the perfect expression of this brand’s ability to move with the times, blending the old with the new. The result is striking - and sure to impress their loyal followers.

L’Essence’s teardrop-shaped crystal decanter is inspired by the signet rings handed out by Napoleon Bonaparte to his most courageous commanders; the bottle is elegantly curved, topped with a weighty diamond-cut stopper. Sculpted by a handful of craftsmen at Baccarat, a centuries-old crystal house in France, this creation is a true labor of love. The luxurious black lacquer presentation box opens up like a book, sealed with a gold medallion.

L’Essence de Courvoisier is a Cognac to impress. Serve in tall tulip glasses at special occasions, or simply enjoy with a fine cigar.

I have tried most high end cognacs and this one is a step above the rest. After a taste taste with Hennessy Paradis, Hennessy did not come close. In fact, only Richard won the waste test. I was not a huge fan of Courvoisier until trying this one. The finish is magnificent. Fantastic, thank...

I have tasted a number of high-end cognacs but the L'Essence de Courvoisier is a cut above. I do not have adequate technical skills to describe the nose and palate in a way that can do it justice but suffice it to say that it is complex, exquisitely balanced, and unfolds on the palate for many minutes...