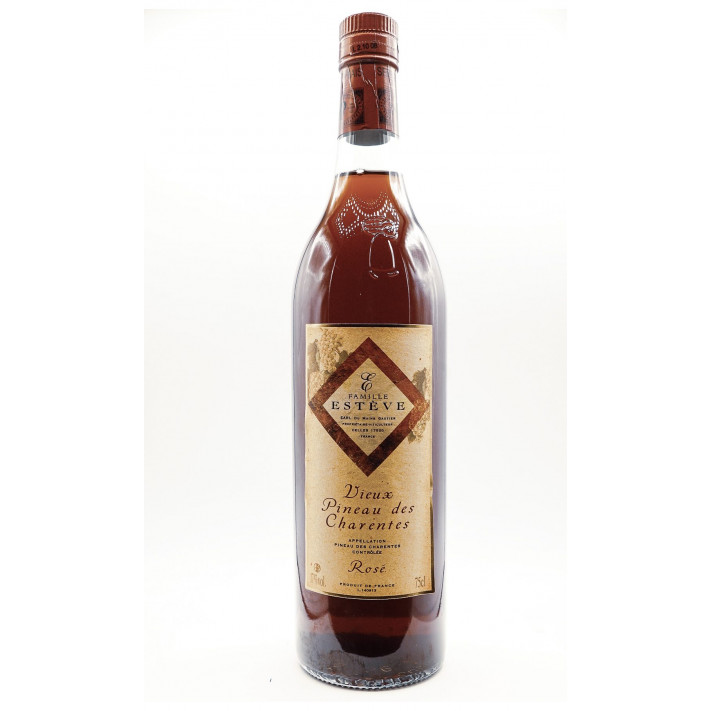 Crafted from mainly Cabernet Sauvignon and Cabernet Franc grape varieties, the Estève Pineau Vieux Rosé has been blended with Petite Champagne eaux-de-vie for a fruity, powerful nose and vibrant palate. Only Pineau that has been matured in oak casks for at least five years can be labelled with the ‘Vieux’ classification. At this age, you can expect a wonderful balance of freshness and complexity, as the vibrant fruit character remains, albeit tempered somewhat by the years spent in French oak.

Maison Estève is currently run by Philippe, a 7th generation Master Blender who operates 49 hectares of vineyards located in Petite Champagne, covering several municipalities of the Charente and Charente-Maritime regions. Alongside creating some outstanding Cognacs, he also prides himself on bottling well-aged Pineau des Charentes that can easily compete with the best Sauternes.

The Estève Pineau Vieux Rosé comes in a tall, straight bottle, a classic style that was originally popular in the 19th century. The antique-style label has been decorated with calligraphy writing.

Serve chilled, as an aperitif or in a range of cocktails. You could also try it after dinner with a cheeseboard or creamy desserts - or simply on its own.

$ 40
Tap to zoom
You need to login or create account