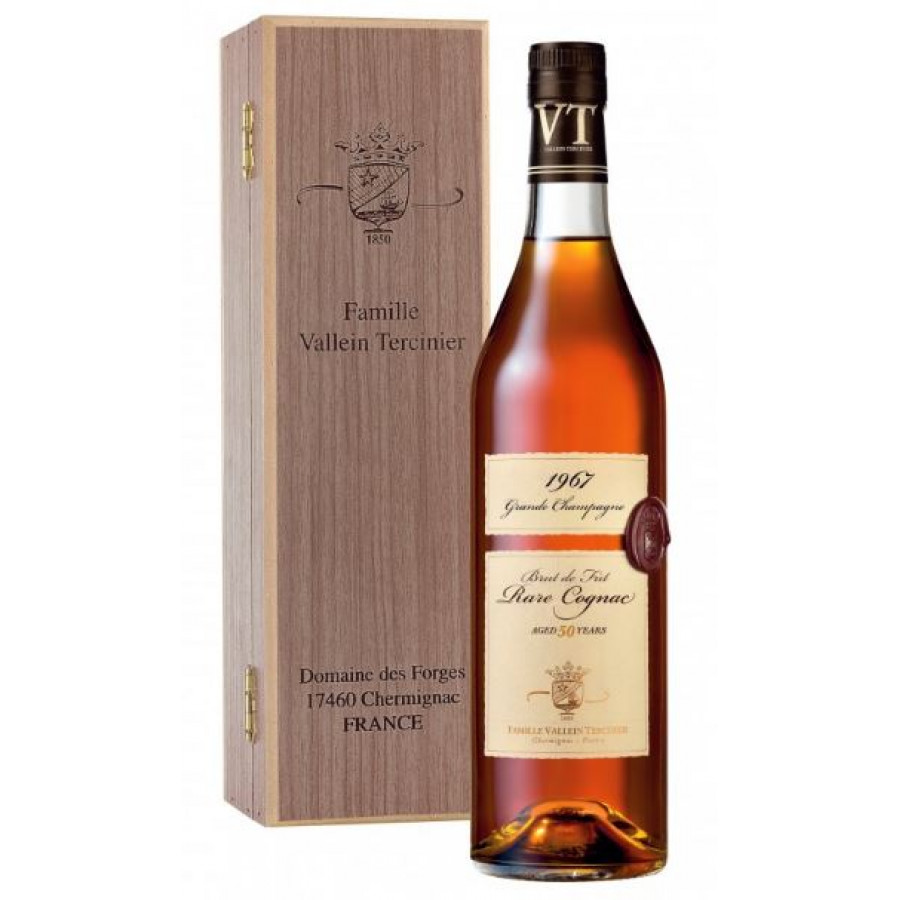 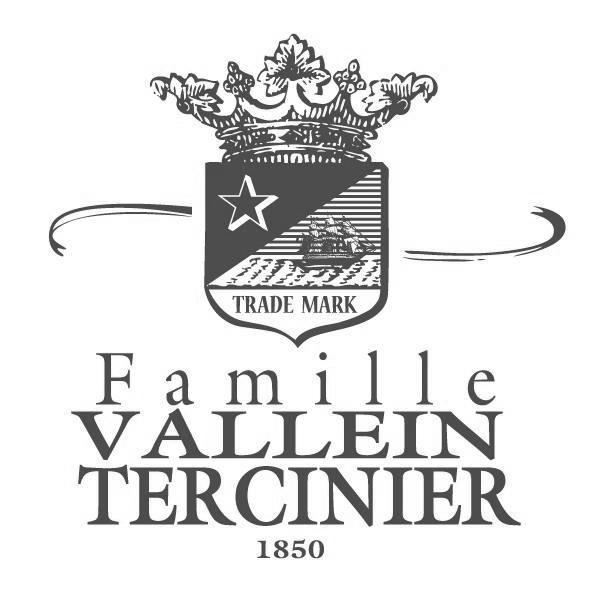 Aged for over 50 years, the Vallein Tercinier 1967 Grande Champagne Cognac has been selected by the cellar master at House of Vallein Tercinier for its stunning finesse and light tannins. Made exclusively from eaux-de-vie from the Premier Cru harvest of 1967, it has been bottled at a slightly higher percentage of 47.6% to perfectly showcase its depth of flavor. This limited edition vintage is certainly a rare treat - and as with previous releases from this famous Maison, it’s sure to impress any connoisseur who appreciates aged spirits.

The Tercinier family arrived in the Saintonge region in 1480, placing this Cognac-making family in the region for over 500 years. A man by the name of Louis Vallein bought the Domaine des Forges in 1791 and his son Napoleon, a winegrower, divided the property between his two sons who moved into the business of blending and trading Cognac. Years later, Napoleon’s granddaughter Edith Vallein married into the Tercinier family, and it was her son Louis who eventually merged the two names together when he went to work for the family business after the First World War.

What followed was decades of expansion all over Europe, and soon Czechoslovakia, Finland, Germany and the United Kingdom all discovered the quality products coming out of Vallein Tercinier’s eight pot stills.

After a rather successful century of business, in the 1990s the company was moved into the hands of its current owners, the brother-sister team Catherine and Louis Tercinier. As cellarmasters they benefit greatly from secrets handed down from father to child since the mid-19th Century, remaining close to nature and fully aware of the subtle secrets necessary to make superb Cognac. This 1967 vintage, aged for over five decades, perfectly sums up the exceptional skills of the generations who nurtured it to perfection.

The Vallein Tercinier 1967 Grande Champagne Cognac comes in a classic straight bottle, similar to styles popular in the 1800s. The delicate label clearly displays the vintage and age of this bottling, adorned with a wax stamp of authenticity. A hinged wooden box completes the package.

Pour this exceptional vintage into a tulip glass and let it rest for 30 seconds before taking a sip. Optionally, a small dash of mineral water could be added to lower the alcohol volume and open up the aromas further.

1967...
2 years until landing on the moon.
History...
I came from Scotch Whisky, love the 72 Glen Grants and Caperdonichs and never tasted an older spirit than this perfect old cognac.
This cognac has everything, that you can dream of. Perfect nose, more perfect taste, the strength is right, there is nothing disturbing.
Well done, Fam. Tercinier.
Loved that one.
Chapeau

With over 500 years of history, the artisan house of Vallein Tercinier is one that deserves the attention of all Cognac lovers – from those new to eaux-de-vie to the connoisseur. This brother and sister team bring an expertise to craft Cognac that's just aching to be discovered.

Many of their Cognac's have been awarded top class awards in many industry competitions, and this has meant a growing awareness of their products in some quarters. But, as with the aging process of Cognac, such a small craft brand is often lost amongst the noise razzmatazz of the 'big boys'. And that really is a crime, because as many esteemed connoiseurs are finding out, the offerings of Vallein Tercinier are of superb quality, unique, and once you've discovered them, will become a 'must have' brand to always have in your drinks cabinet.

Catherine and Louis are very proud to have stepped into the shoes of their many ancestors. And as is in keeping with family tradition, the've continued to move the company forward, whilst remaining true to the pure art of Cognac production. They've adapted the facilities to take full advantage of modern technology, and continue to produce some very special Cognacs indeed.