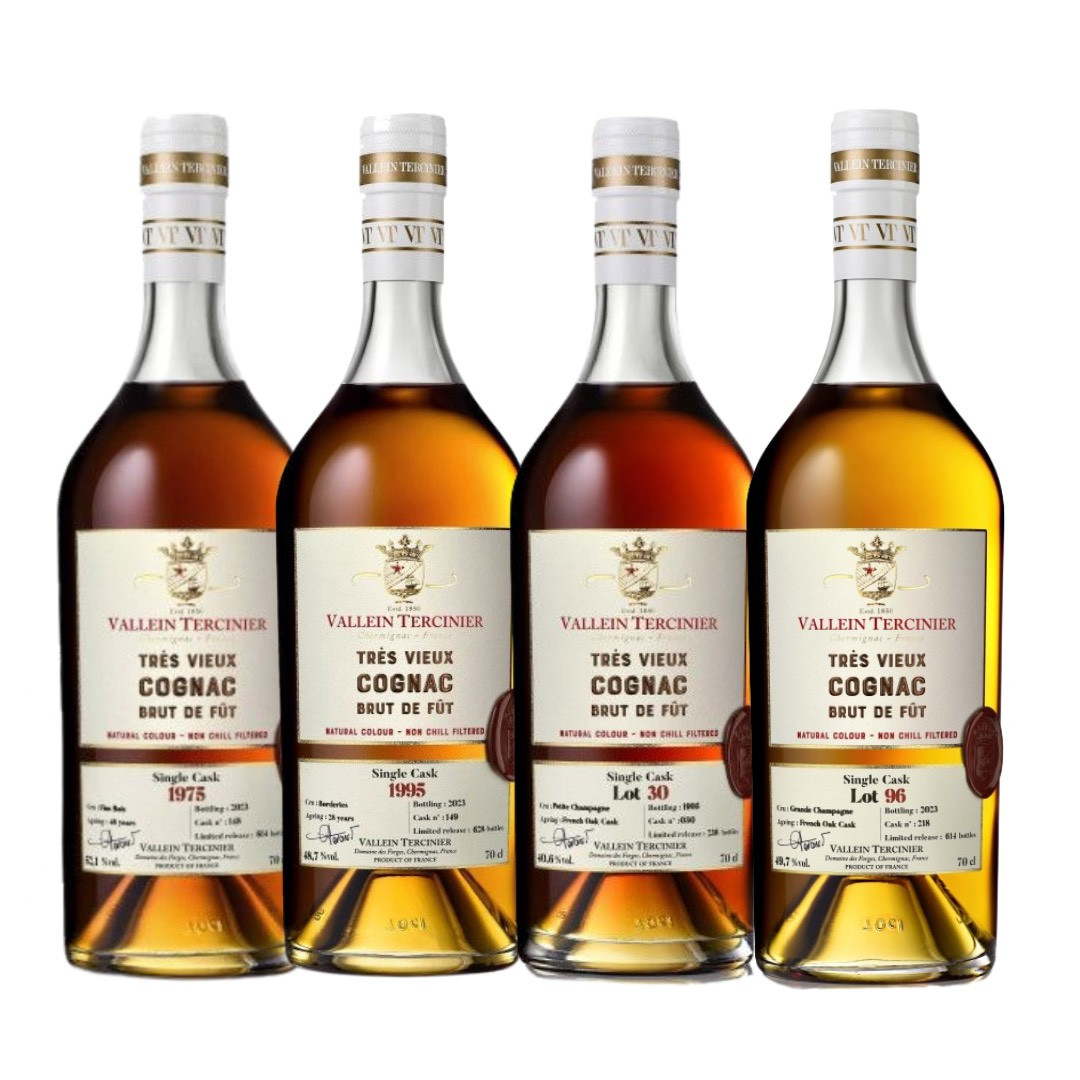 When it comes to Cognac history, most houses can boast at least a couple of centuries. But with Vallein Tercinier, we're talking over 500 years! The company's namesake, Robin Tercinier, arrived in the Saintonge region of Cognac in 1480, but the actual estate wasn't purchased until 1791. It was at this time that Louis Vallein set up shop at the Domaine des Forges, with vineyards and land that covered most of the surrounding village of Chermignac.

Robin's son, Napoleon, was also a wine grower. The property was handed down to him, and on his death he divided it between his two sons. Over the next 150 years various family members carried on tending and working the vines, each adding their own individual hallmark to the family business. Two World Wars later, and the estate was still going strong. They began to export their wares to various countries, including the UK, Finland, and the then Czechoslovakia. In 1980 they even began to break into the Asian market.

The 1990s saw the Cognac house move into the hands of its current owners, brother sister team, Catherine and Louis.

The craft house of Vallein Tercinier boasts a family history that’s passed through five generations. From the founder, Louis Vallein, through Georges, Paul, and Robert, to Catherine Roudier-Tercinier who heads the house today, this is artisan production at its finest.

While we could wax lyrical about family traditions, Cognacs of distinction, and other elements that have brought the house to 2020, there’s nothing quite like being told the family story from one who’s actually lived it. Discover the intimate history.