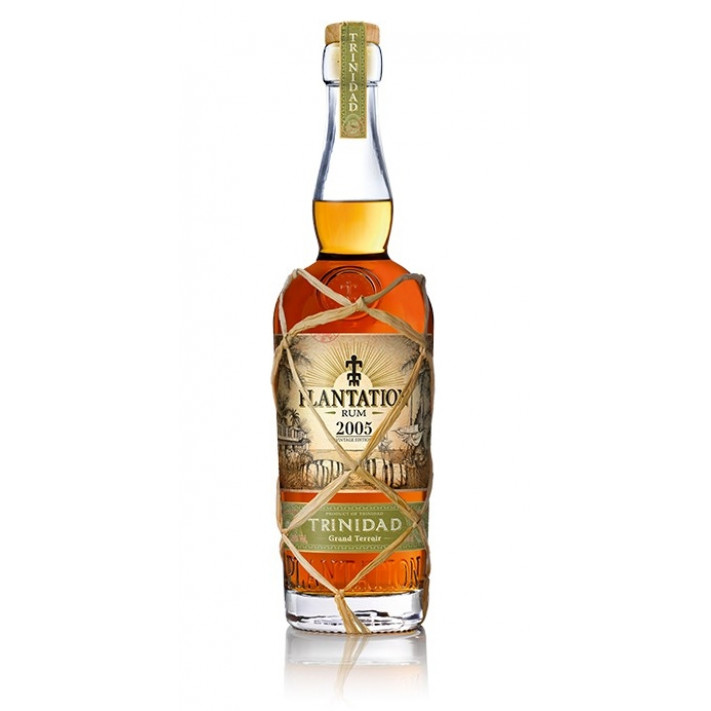 A true tribute to Trinidad and Tobago: Plantation 2005 vintage from Pierre Ferrand

A subtle and floral rum, this particular 2005 Trinidad Vintage as been distilled in a four column still at Trinidad Distillers. Aromas of mango dominate on the nose, with other elements of exotic fruits and honey perfectly perfuming the palate. Floral and fresh, it’s no wonder this rum took home the Gold medal at the 2011 Rum XP awards.

Produced using molasses rather than traditional “cane wine”, this typical Jamaican process offers a depth of flavor that is rarely seen amongst modern agricultural rums that are popular today. Because of the country’s hot and humid climate, the rum has been aged for 11 years in Trinidad in American oak Bourbon barrels, before being transferred to European soil to age for a further 2-3 years in Ferrand Cognac casks.

If left for too long in the Caribbean, the Angels’ share becomes too large, so ageing a rum for this long is a particularly difficult task and is rarely left for such a long time. Transferring the rum to age in Ferrand casks not only protects the resulting volume of alcohol produced, but also adds a particularly smoky character and creates alternative flavor profiles within the rum itself.

A celebration of Trinidad with the island’s name delicately descending the bottle’s elegant, long neck. The two barrels on the bottle's label are a cheeky nod to the two-step ageing process that gives the rum is complex depth of flavors. The label depicts a traditional Trinidadian plantation.

Homage is paid further with the red ibis, symbol of the island, alongside the Trinidad and Tobago coat of arms. There is no doubt this classically Caribbean bottle will be a great addition to any drinks cabinet or bar shelf.