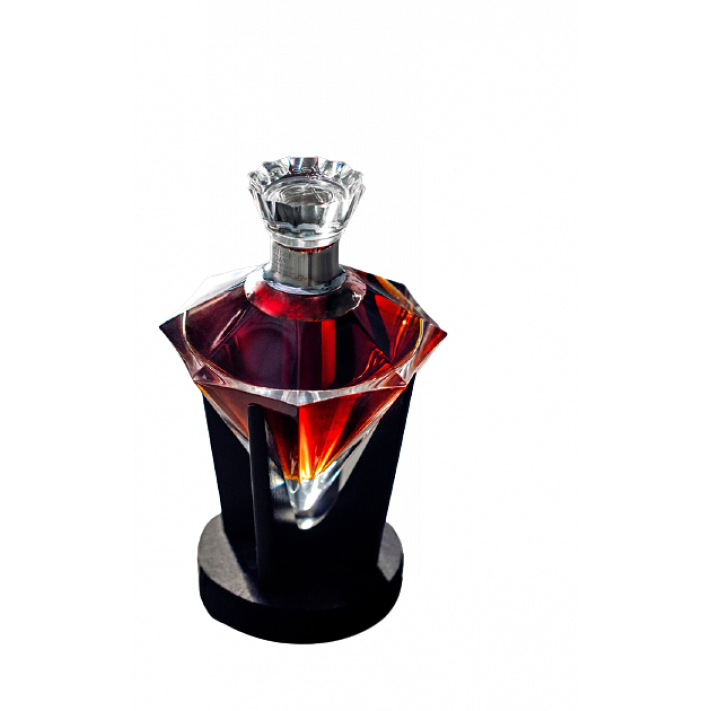 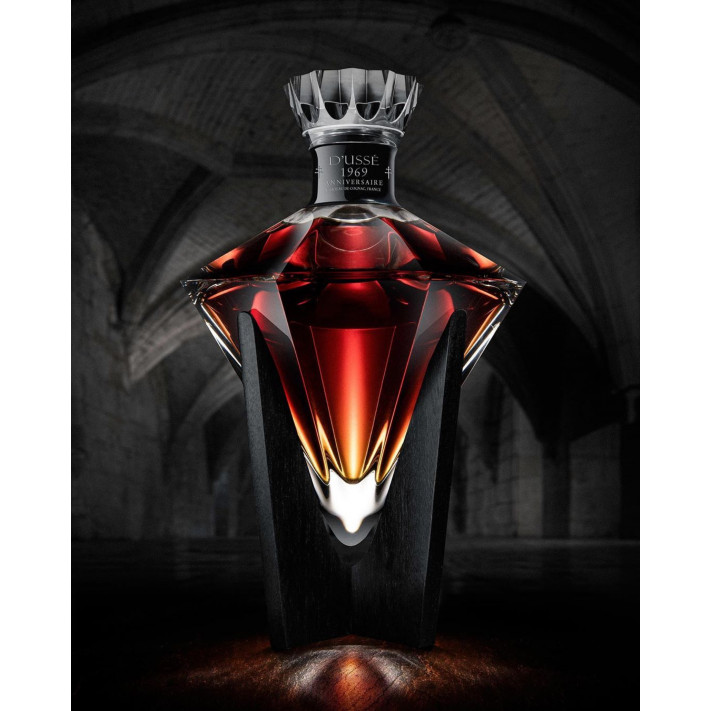 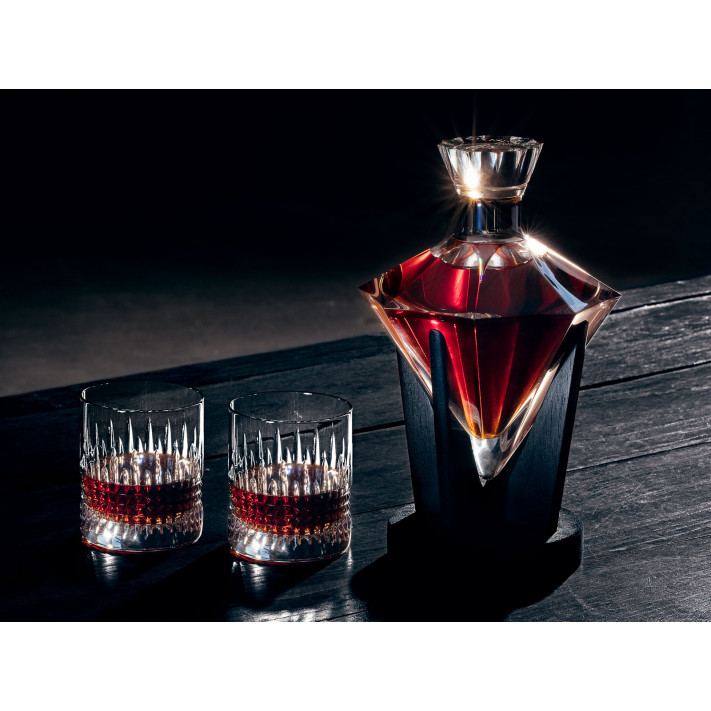 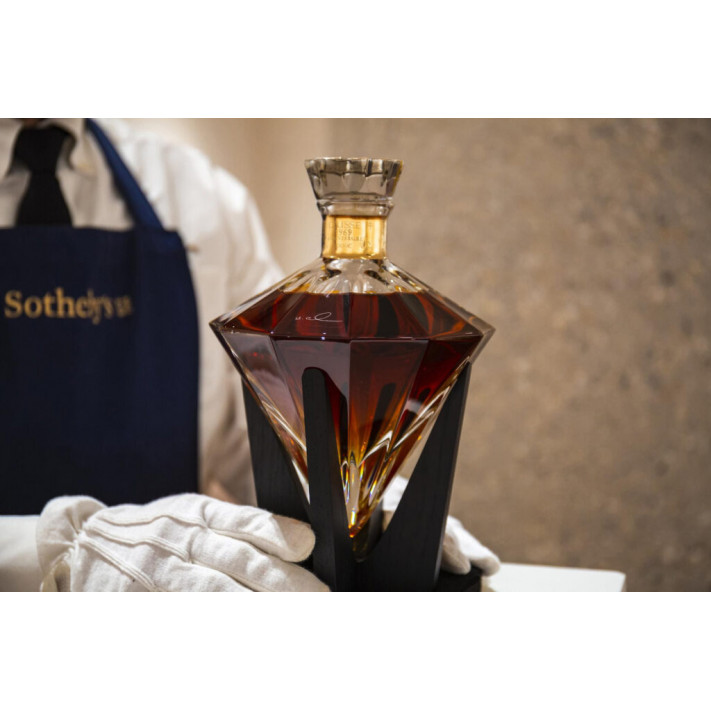 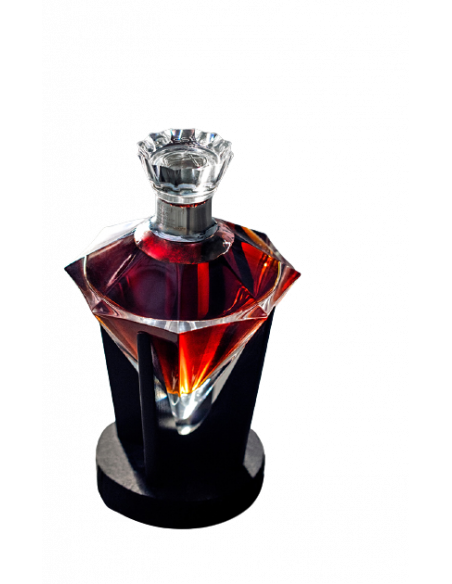 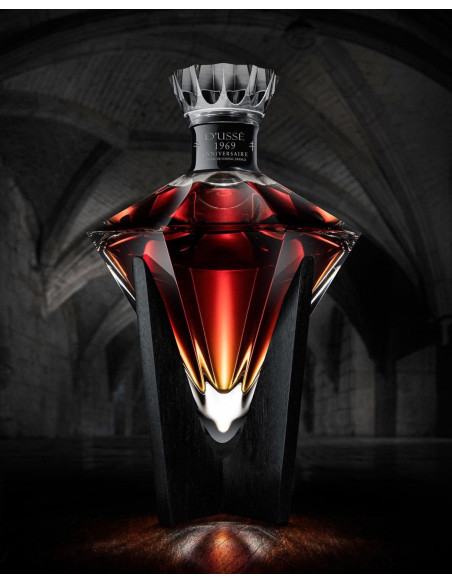 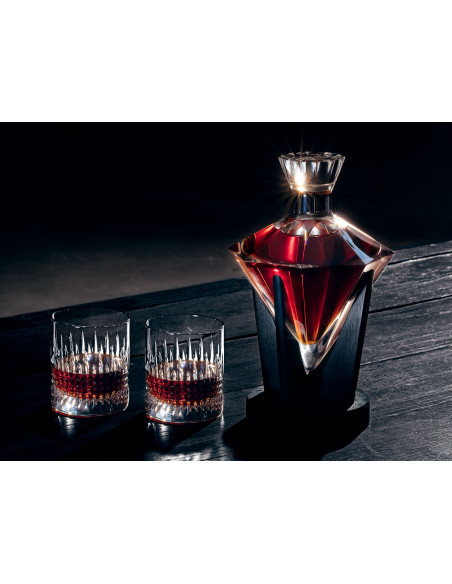 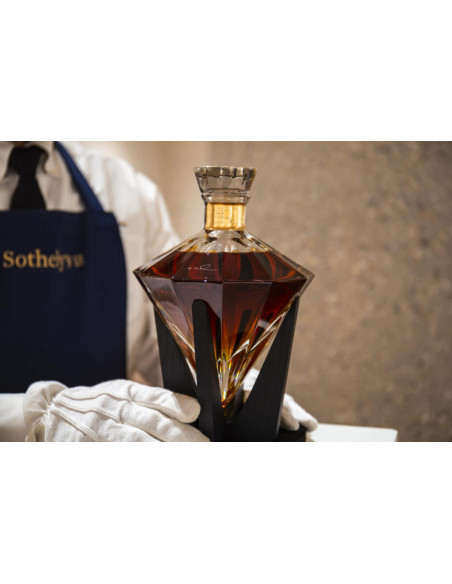 A Diamond-Standard Birthday Present from D'USSÉ

The first single barrel release offered by the house, D'USSÉ 1969 Anniversaire Limited Edition Cognac is produced from a French oak tierçon that has been aged in the Château de Cognac cellars. This 1969 Grande Champagne vintage was also produced from a single eau-de-vie, making it a rare glimpse into the history of the most prominent Cognac region. Upon being discovered in the D'USSÉ cellars, Cellar Master Michel Cassavecchia continued to let it mature, waiting for the right moment - which turned out to be the 50th birthday of D'USSÉ co-owner, the hip-hip mogul Jay-Z. After such an extended maturation, there was only enough of the liquid remaining to fill an estimated 150 to 200 diamond-shaped crystal decanters. Jay-Z decided to individually number the first 50 decanters, which were presented to his family and close friends, with only the remaining bottles for general sale.

While D'USSÉ Cognac is crafted at one of the oldest Cognac houses in France, the Château de Cognac, the company only dates back to 2012. After more than 20 years in the industry, Cellar Master Michel Casavecchia founded D'USSÉ to create sumptuous VSOP and XO Cognac expressions. The winning combination of finely aged casks, high-profile investors and the hand of an experienced blender makes this a Cognac house to keep an eye on.

The D'USSÉ 1969 Anniversaire edition is presented in a stunning crystal decanter shaped as a cut diamond, sitting on a black display pedestal reminiscent of the setting for a diamond ring. The D'USSÉ name and logo is emblazoned on top of the weighty stopper.

With a design as striking and unique as the liquid inside, this expression is sure to take centre stage in many prominent Cognac collections.

D'USSÉ will often encourage drinkers to try their VSOP and XO expressions in cocktails, but we say this single barrel vintage is a rare gem that should be savored on its own in a tulip glass.

Created just shy of five years ago, D’USSÉ Cognac may seem young, but everything about them exudes age-old tradition and regional history. Crafted at one of the oldest Cognac houses in France, the Château de Cognac, it makes for stunning eaux-de-vie that quite literally soak up the atmosphere of where they are located. Cellar Master Michel Cassavecchia has been curating Cognac for over two decades, and their range now consists of the D’USSÉ XO and the D’USSÉ VSOP. They have certainly been in the limelight for the past couple of years thanks to a collaboration with US rapper and hip hop mogul, Jay-Z.