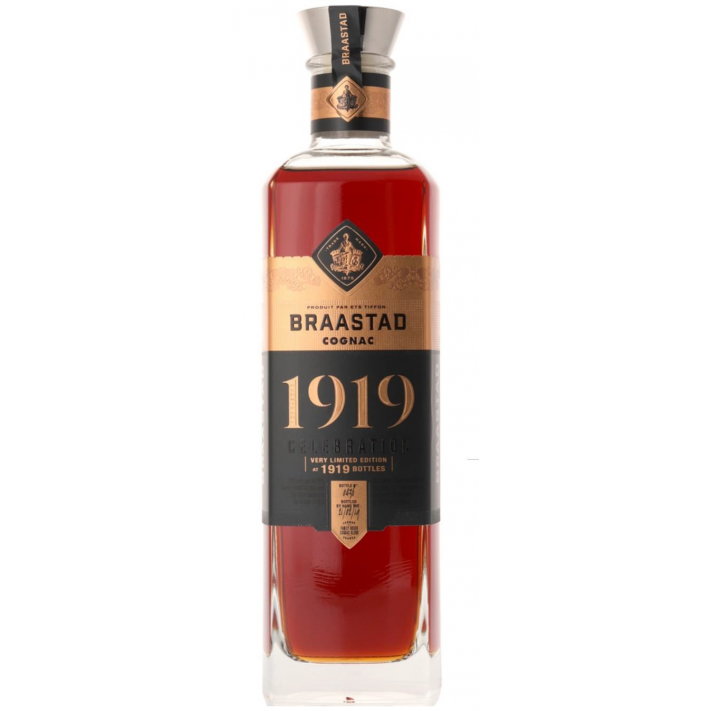 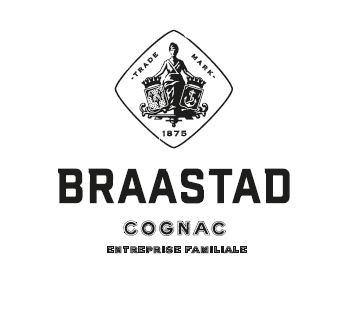 1919 - a year of historical significance, and the quantity of one of the rarest Cognacs to emerge from the Braastad Cognac estate. The Braastad 1919 Celebration Limited Edition Cognac pays homage to the savoir-faire established by Sverre Braastad 120 years ago, when he journeyed from Norway to Cognac to carve himself his own space in the vast Cognac universe.

Distilled and barreled by Sverre Braastad and Médéric Tiffon themselves, this 1919 Celebration Cognac bottle is a small glimpse into decades of history and graft. This beautiful selection of different eaux-de-vie is a fine example of Braastad’s deep reaching heritage.

Ugni Blanc grapes contained in this precious eaux-de-vie were grown in some of the most prestigious terroirs, including the Grande Champagne, Petite Champagne, Borderies and Fins Bois. Some elements of this prestigious blend are some of the oldest of Braastad’s cellars - with some reaching up to an incredible 100 years in age. The average age of the blend is 80 years old.

A work of distillation, assembly and aging for five generations, the Cognac 1919 Celebration is the fruit of a marriage between two families: Tiffon and Braastad. Complex, with unmissable finesse, floral notes and extreme length in the mouth, this bottle tells the story of Braastad beautifully. A small part of the blend has been approved and tasted by Sverre himself, dating back over 100 years.

The unique make-up of the region’s clay and calcareous soil is what makes this Cognac particularly unique. Over millions of years, dating all the way back to the Jurassic period, the long process of fossilization created a particularly fine, chalky soil that was unique for growing Cognac.

Presentation of the 1919 Celebration decanter

The tasting-style bottle is colored black and copper, paying homage to the fungus (Torula compniacensis) which grows on the walls of the estate’s cellar.

There are only 1919 bottles available of this limited edition Cognac, with each individually numbered, dated and labeled by hand. In homage and respect to their ancestors, they have honored their craft with this unique bottle.

This Cognac should be enjoyed neat, at room temperature and in a Cognac snifter glass. Sip it contemplatively and observe the flavors and aromas that emerge.

The story behind Braastad Cognac

Following the challenging years of the First World War, a young Norwegian, Sverre Braastad, decided to move to Jarnac to work in the Cognac trade. A few years later, he married Edith Rousseau, heiress of his uncle, and owner of Tiffon Cognac.

In 1919, Sverre Braastad decided to take over Tiffon Cognac, and this is where the house’s international expansion began. Today, the Braastad house has its origins in the historic year of 1919, and has decided to celebrate it a century later.

This bottle represents the history of the two houses perfectly and you can tell it has been expertly blended from carefully chosen eaux-de-vie. With the average age of the Blend at 80 years, you can savor the taste and subtly that only comes with patience! 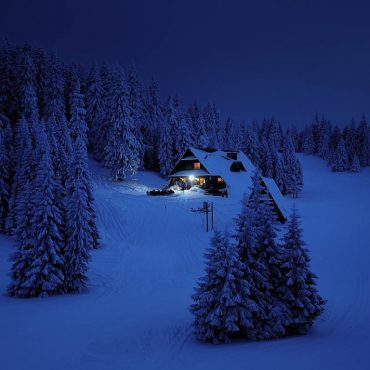 The Art Of Hygge: 8 Norwegian Cognacs To Light Up Winter

Winter is well on the way (at least, it is for those of us north of the equator). For those who thrive on the endless days of summer sun, the coldest months of the year bring with them a gloomy...