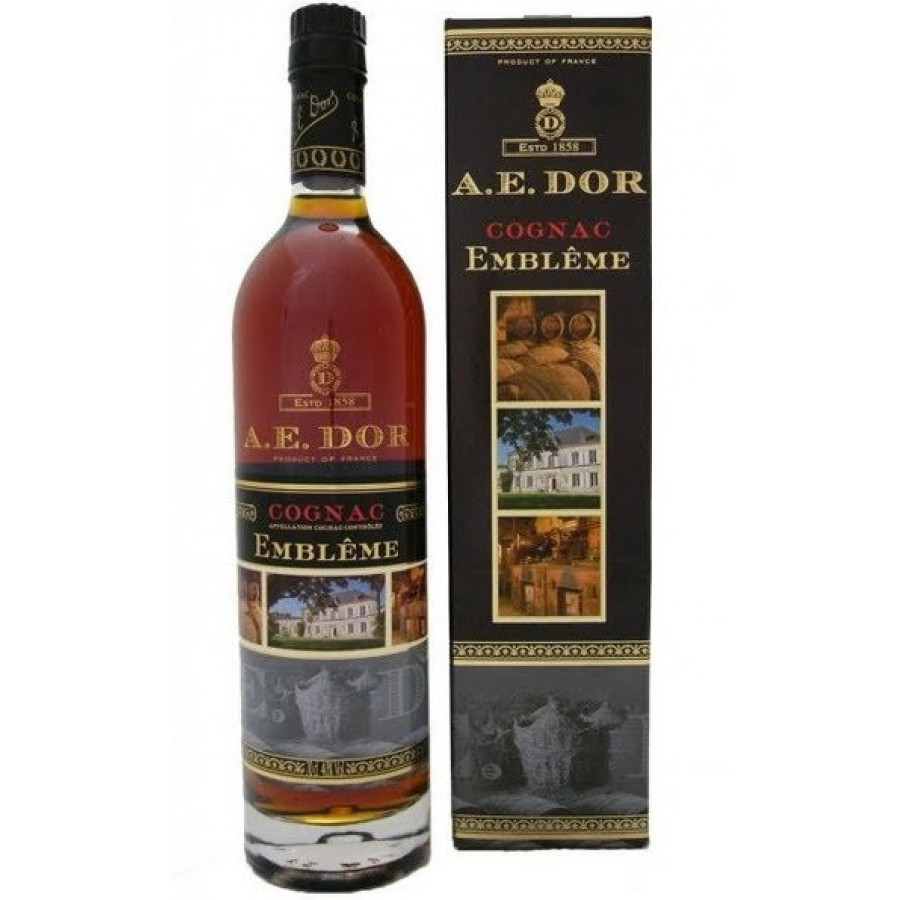 A.E. Dor Embleme is a perfect blend consisting of eaux-de-vie from two renowned growth areas, Grande Champagne and Fins Bois. Following traditional double distillation in a charentais pot still, this charming “Napoleon” Cognac has been aged for a minimum of 14 years. The spirit mellows with time spent in Limousin and Troncais oak barrels, kept in dry cellars in Jarnac.

Embleme 0.7L is a special edition A.E. Dor Cognac created in 2008 to mark the 150th anniversary of the company’s launch. The vintage eaux-de-vie of A.E. Dor are some of the few that remain from before phylloxera struck the region in 1874. In order to adapt to current developments in the Cognac industry and the luxury market in general the company, which is today headed by Pierre Antoine Riviere, launched a new range of products that target a broader and more international group of customers.

Embleme’s bottle and label have been designed to remind us of the history of A.E. Dor. Both the label and the box that the bottle comes in feature age old images of the House and cellars from which generations have produced exquisite cognacs. Both the logo and decorative trimming on the label are in gold, beautifully offsetting the rich mahogany of the spirit itself and subtly asserting its grandeur.

good exemlar of his category

Totally love this Napoleon cognac, great value for money! The palate is not the greatest compared to other cognacs but hey..