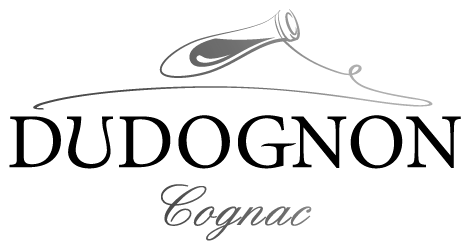 The family at Maison Dudognon have been distilling Cognac since 1776. Over the centuries, their efforts have resulted in many gold medals; the current owner Claudine, as well as her father and great-grandfather, have all been recognized for their skill and brilliance. Over the generations, they have nourished and worked the soil, respecting the delicate balance of the soil to produce quality grapes. Their location in the heart of the Grande Champagne region allows them to create outstanding eaux-de-vie, using Ugni Blanc grapes as well as more traditional varieties like Folle Blanche and Montils. In the name of tradition, Claudine also swears by the use of wood-fired stills - just like her ancestors did.

Located in Lignieres-Sonneville in the centre of Grande Champagne, Maison Dudognon represents an old-fashioned style of distilling. Family-owned and still using traditional methods, they often look to the past for their inspiration. Technically the family have been producing Cognac since 1776, but the house was first recognized for its brilliance in 1898 when Paulin Dudognon was awarded a Gold Medal for his efforts. His grandson Raymond Dudognon was honored with the same recognition in 1990, as was current owner Claudine Dudognon-Buraud, some 100 years later. Feeding and tilling the land for several generations, while respecting the fragile balance of the soil, the family predominately see themselves as winegrowers.

The main grape variety produced on the estate is Ugni Blanc, but in recent years they have replanted Folle Blanche and Montils, grape varieties that were abandoned after the phylloxera crisis but were once traditional in Cognac production. The harvest is carried out in several stages, beginning with the early variety Folles Blanche, which is harvested first and vinified separately. Then comes the turn of the Montils and the Ugni Blanc vines. In this way, the family can obtain wines with a wide aromatic range for distillation.

When November and the first frosts arrive, it’s time to ‘set the fire’ under the still, as Claudine’s ancestors have done for centuries. It’s a laborious job that continues day and night, requiring close supervision and attention to collect the finest essence of the wine and the harvest. Each grape variety is distilled separately and the process must be controlled 24 hours a day. The smoke produced by the fire envelops the distillery, allowing the wine to be gently heated and passed through the still.

Once the distillation is complete, the eaux-de-vie is transferred into artisanal barrels made in the neighbouring village to age for a minimum of eight years. The first barrels used are made of oak that is purchased ‘green’ and then dried for three years on the Dudognon estate before being toasted and filled. After 6 to 8 months, once the eaux-de-vie has had time to absorb the colours and flavours of the new barrel, it is transferred to older barrels to age. As it ages, the Cognac develops a rich flavor and bouquet, becoming more and more sophisticated both in taste and smell. At the time of bottling, Cognacs made from different grape varieties may be bottled separately as single-variety Cognac, or blended to create complex expressions.

Amongst the Dudognon range, you’ll find Cognacs that have been aged for a minimum of eight years, ranging from VSOP right through to Héritage. Their pièce de résistance is their oldest Cognac: the Paulin Dudognon, which has been preserved in the family’s cellars for three generations.