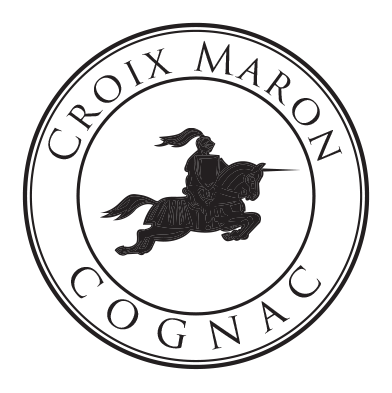 For ten generations, the Daviaud family have tended grapevines in the Grande Champagne region, also known as the Premier Cru. Dedicated to small-batch production and traditional methods, they produce a range of Cognacs that evoke the distillers of old. The Cognac itself is named after Lord Segonzac, Knight of the Croix Maron, who according to legend invented the method of double distillation. While legends may be hard to believe in, the quality of the liquid here speaks for itself.

Visitors are welcome; please contact the Maison at visite@croix-maron.com to book and plan your trip.

Croix Maron Cognac is produced on a family vineyard of 40 hectares located in the Grande Champagne region, the Premier Cru of Cognac. The wines are produced from Ugni Blanc grapevines with moderate yields, and the grapes are cultivated in a traditional way along narrow and trellised alleys. The work is still largely done by hand, the way it’s been done for centuries over these hills.

The grape juice is vinified immediately after its harvest at the end of summer, and all the work is completed on the Croix Maron estate by the family. No sulphites or other preservatives will be added to the wine, leaving it in a natural state until it’s ready to be distilled. Unfiltered and fermented on the lees, the wine retains an exceptional silky texture and aromatic intensity.

Using small capacity stills, the distiller retains greater control of the process, reducing the wine and retaining the precious heart of the distillate. This eaux-de-vie will then be matured in old French oak barrels, sheltered in the cellars at Maison Croix Maron, until it is ready to be bottled.

For some of the Cognacs, many years are needed for them to reveal their full potential. Each year, all of the estate's eaux-de-vie will be tasted, inventoried and occasionally transferred to new casks or demijohns according to their development.

Once they reach maturity, the eaux-de-vie can be blended to express their best qualities; at Croix Maron, this is done according to a small batch method, focusing on quality over quantity and retaining the individual characteristics of each cask. To perfect the final balance, the Cognacs are then brought to the desired alcohol level and begin the ‘marriage’ of aromas, during which the Cognac will rest for over a year to fully develop its complexity and balance before being bottled.

“The legend says that the double distillation was invented by the Knight of the Croix Maron, Lord of Segonzac, a very pious man who had the dream that Satan was trying to damn his soul. He saw himself in a dream in the cauldron of the Evil One; but his faith was so deeply rooted in him that the soul of the Knight resisted a first ‘cooking’. The Evil One, to achieve his ends, was obliged to submit it to a second ‘cooking’. When he woke up, the Chevalier then had the idea of ​​extracting the soul of the brandy with a second distillation. Thus, in the Cognac region, this legend is perpetuated as the origin of the discovery of the double distillation of Cognac eaux-de-vie.”

Backed by an established family estate for generations, Croix Maron Cognac has been made by the Daviaud family for ten generations. Passionate about cultivating their vines and applying traditional know-how since 1718, this Maison is still managed by men and women who have never broken from their family tradition, allowing each bottle of Croix Maron Cognac to express an authenticity that has become increasingly rare today.

From the planting of the vines to the harvest, from the long period of maturation to blending, the Cognacs here may span the course of a generation or longer. In this way, some people will never see the fruits of their labor, while their children or grandchildren reap the rewards of their ancestors.