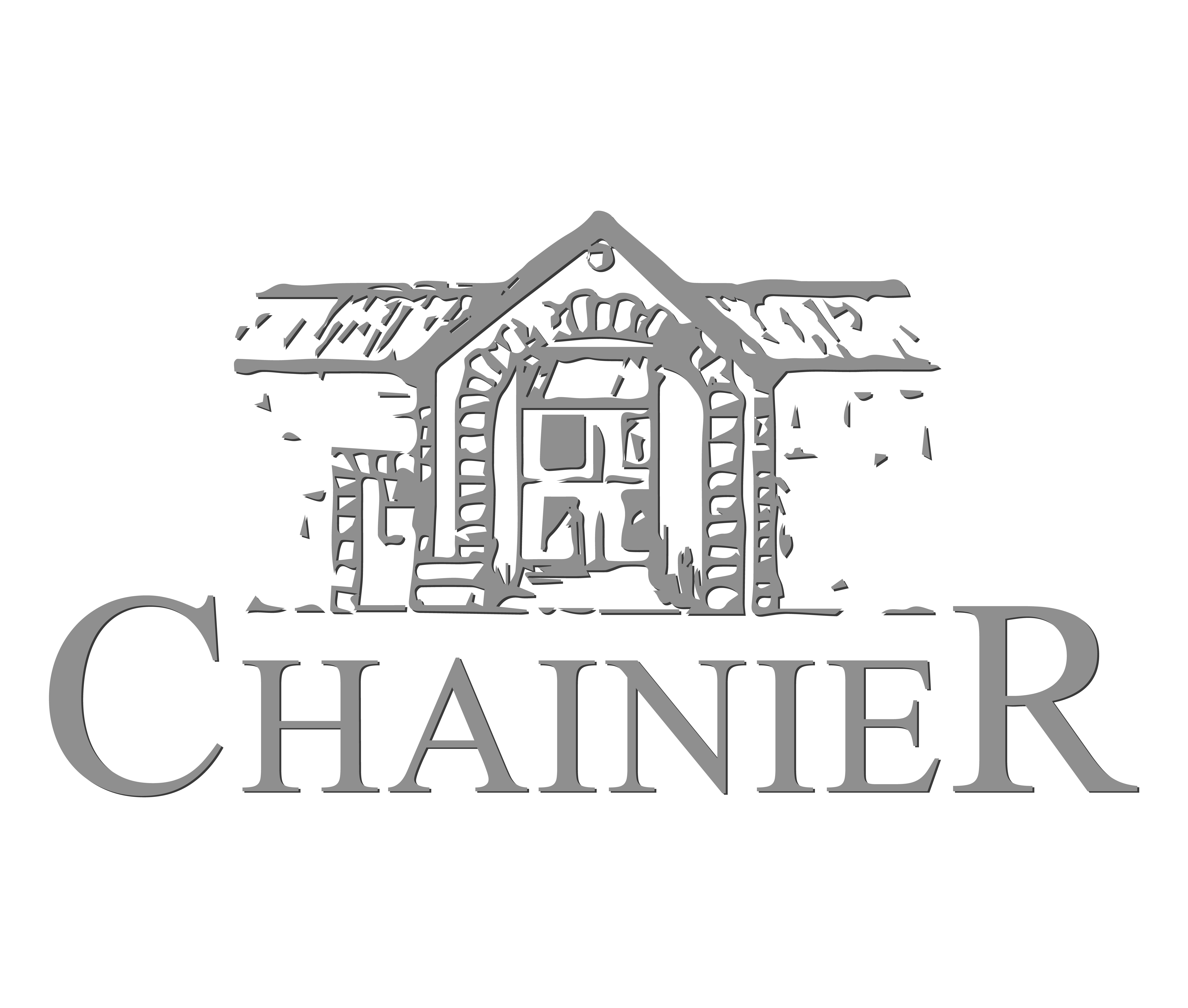 In the middle of the Cognac appellation, the Chainier vineyards can be found in the two most famous vintages, extending nearly 40 hectares in total. The first vineyard is located in Arthenac in Petite Champagne, where Ugni Blanc grapes grow in harmony with Colombard and Merlot. The second vineyard, located in Lignières-Sonneville in Grande Champagne, is exclusively planted with the classic Ugni Blanc variety. On clay-limestone soil, the tall vines here are established following the Guyot ‘double pruning’ method.

The harvest traditionally takes place in mid-October, when the grapes are pressed in a pneumatic press and immediately vatted and put to ferment on the lees. After about two weeks, they will have reached an alcohol content of around 9%, perfect for distillation.

All the wines are distilled at the property according to the traditional Charentaise method. The distillation is carried out in two stages, during which the first liters of distillate, as well as the last, are separated from the heart. These will be incorporated into the remaining wine and redistilled. Thus, only the heart of the eaux-de-vie is preserved.

Chainier ages their eaux-de-vie exclusively in 400-liter casks made of oak from the Limousin forest. In the depths of their humid cellars, the spirits are allowed to rent until they’re ready for bottling.

Originally from Petite Champagne, the Chainier family are well versed in the art of making Cognac, with their history of distilling being traced back generations. They have also been producing Pineau des Charentes since 1966.

In 1970, Guy Chainier and his son Dominique began to work together, elaborating a range of finer products. It was only five years later that they decided to market their products themselves, and a decade late Dominique Chainier took over the family property in Arthenac to develop the retail side of the business. After acquiring an 18-hectare vineyard in Grande Champagne, they were able to start producing Cognac de Grande Champagne and Fine Champagne. In 1997, they joined the Club des Vignerons Lauréats and have since taken part in numerous professional events and trade fairs, notably in Paris, Toulouse and Nantes.