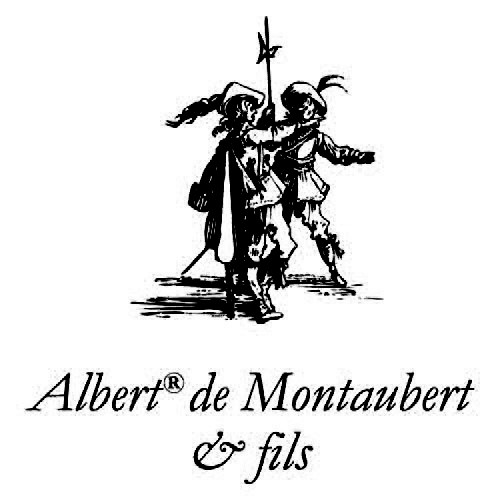 Using grapes from their vineyards purchased in 1791, the House of Albert de Montaubert & Fils have their roots firmly planted in the Grande Champagne region. The family only harvest from their own estate vineyards, which means all their eaux-de-vie originate in the heart of the Cognac region - the Grande Champagne. Also known as the Premier Cru, this small exclusive area is home to some of Cognac’s finest grapes. It was these qualities that drew Albert de Montaubert to begin distilling Cognac and the reason why his great-grandson Pierre Barrier decided to create a brand in his name.

Using white Ugni Blanc grapes twice distilled, expertly blended, and aged in French oak barrels, Albert de Montaubert Cognac produce elegant and perfumed expressions, often of significant age. Their Cognacs and Armagnacs have won several distinctions from the ISW International Spirit Awards and are well known across Europe, Russia, Canada, China, and the United States. Among their products are a VSOP Cognac, 25-year and 50-year Cognacs as well as a 25-year Armagnac.

All the grapes used for Albert de Montaubert Cognac are harvested from their own estate vineyards located in the heart of the Cognac region, which have been in the family’s ownership since 1791. This small exclusive area, or cru, is the Grande Champagne - renowned to this day as one of the finest areas to make Cognac.

Named to honor a French noble family, the Montaubert story starts with Edmond de Montaubert, a French nobleman who gave his life fighting for the American Revolution in the Battle of Brandywine. This Pennsylvania town was given the name ‘Brandywine’ by the Dutch because the color of its waters resembled brandewijn, better known as ‘brandy’ in English. In a way, this name foretold the future glory of the de Montaubert family; Edmond’s grandson, Albert de Montaubert, moved to the Cognac region in 1842 to pursue his passion for viticulture.

Many years later, Albert’s great-grandson Pierre Barrier had the idea to start a brand to honor his ancestor. Thus, the Albert de Montaubert & Fils label was started in 2002, celebrating the skills and ingenuity of the people who have been tending to the vines in this region for over 200 years.