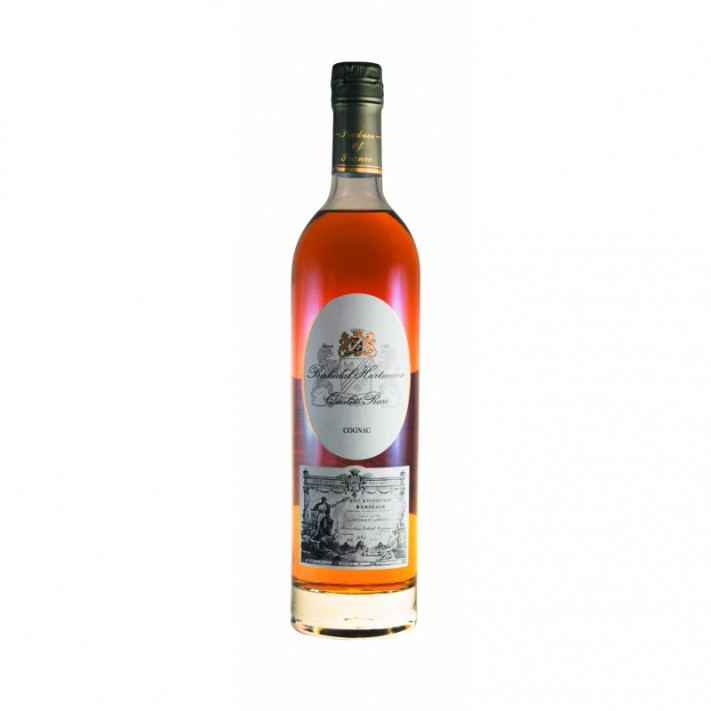 This charming Cognac sourced from the Fins Bois region has been produced with components significantly older than that which is required for a VSOP Cognac, as indicated by the designation ‘Qualité Rare’. Birkedal Hartmann VSOP Qualité Rare Cognac is a step above other bottles in this category, representing fantastic value for money. The extended maturation process has given it great personality and depth of flavor, with characteristic floral notes leading to a full-bodied finish. Truly a delightful surprise, sip after sip.

Founded in 1887 by Halfdan Birkedal Hartmann, the House of Birkedal Hartmann rapidly gained success amongst French-British families who were established in Cognac as well as across the globe, particularly within North and South America. Hartmann was such an influential Cognac producer that he was appointed Swedish-Norwegian Consul in Bordeaux. In 1905, when both countries separated, he became Norwegian Consul. Halfdan was of course a member of the Scandinavian Cognac Society and in 1927, he was appointed by the King of Norway as Commander in the Order of St Olav.

The House of Birkedal Harmann is still managed by the family today, four generations on, and is the sole supplier of VSOP Cognac to the House of Lords in England.

Straight and tall, the bottle features a vintage-look label emblazoned with calligraphy writing. The diploma on the label shows an honorable prize won during the Bordeaux Exhibition in 1895.

The complex tasting notes of this expression are best showcased in a tulip glass. After pouring, allow the Cognac to breathe for 30 seconds to fully concentrate the most delicate aromas before you take a sip. An excellent digestif or accompaniment to chocolate-based desserts.