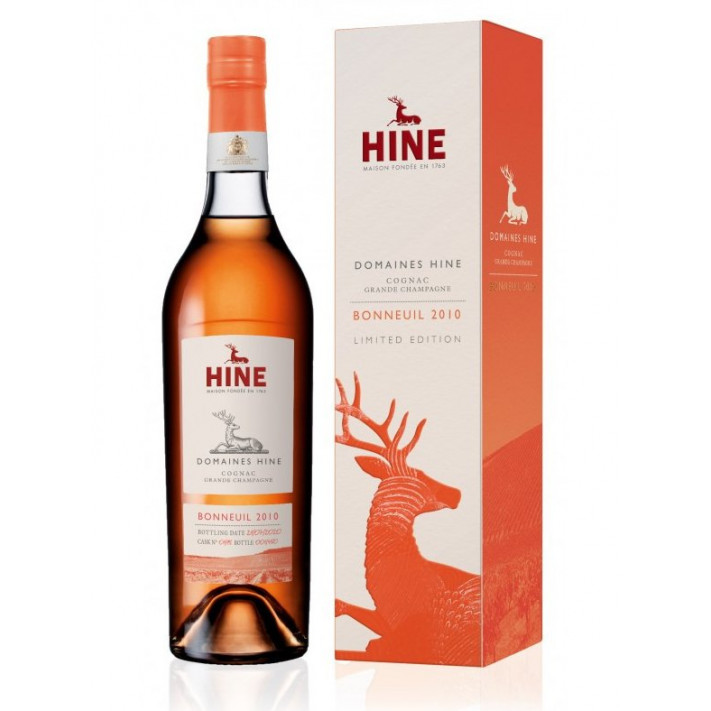 A pure expression of Bonneuil’s 80-hectare estate in the Premier Cru, the Domaines Hine Bonneuil 2010 Grande Champagne Cognac represents one of the very best vintages of the decade. The Bonneuil Series was first launched in 2005 and only the most exceptional years are released, showcasing the impact of terroir on the Cognac region. Bottled on 21 July 2020, Domaines Bonneuil 2010 is a rare and precious Cognac that is sure to delight wine and spirits enthusiasts alike. This is a limited edition, with only 18 casks of 450 individually numbered bottles released.

Presented in the way we've come to expect from Hine, the Bonneuil 2010 Grande Champagne Cognac comes in a traditional, slim bottle with a classic label. This bottling needs no bells and whistles - all the talking is done by the delightful Cognac contained within. Perfect for the connoisseur, or as a wonderful gift for anyone who enjoys quality liquor.

This is a wonderful Cognac to enjoy chilled as an aperitif or even in a cocktail. Try it frappé before dinner with oysters in the dozen, a plate of Pata Negra ham or slices of sashimi.