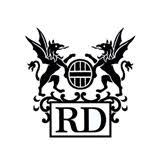 Spanning across seven generations of family history, Maison Richard Delisle has been passed on father to son over more than two centuries. Richard Delisle cultivates on around 72 hectares of land which are located within three different towns: Bourg-Charents of Petite Champagne, Julienne and Saint Brice of Fine Bois and produce 100% Ugni-blanc grapes. Today, Alexis Cabanne, the owner and the cellar master of the company, represents the fourth generation of the distillery. He developed the trading activity of spirits on the traditional market, and then created Hawkins Distribution in 1999 for exporting. Now, Cognac Richard Delisle is exported worldwide.

Spanning across seven generations of family history, Maison Richard Delisle has been passed on father to son over more than two centuries.

In 1810, François Cabanne left his hometown La Vienne with his wife and his first two children to settle down in Charente. His eldest son who took the same first name, married his wife in 1839 who was from Bourg-Charente and lived in Chez Genin. From that day, the family house, which has seen the birth of many family members, has been passed down from generation to generation. As it soon became evident that it was the most suitable place to home the headquarters of the family business.

Upon the arrival of the Cabanne’s in Charente, they began cultivating the land. Then in 1844, Jean-Célestin started the wine business, his son Philémon then developed the activity of distillation. The distillery started with 3 alembic copper stills, which at that time were already significant. In 1850, Richard Delisle was founded and linked to the family of Mitterrand. At the end of Second World War, the family Cabanne owned this brand and then gave this name to their Cognacs.

Ever since, and for the past five generations, the distillery has been passed down from generation to generation. Today it is considered one of the most important distilleries of the region as it has a staggering 15 alembic copper stills. The vineyard and the distillery have not stopped developing, each generation brings its own contribution.

After taking the sunshine of Charente, which brings sugar-acidity balance, the grapes reach their maturities, and then it’s the time for harvesting. The harvest starts generally around the mid-September. Evolving with the times, the manual harvests have become mechanical and last about three weeks.

Today, Alexis Cabanne, the owner and the cellar master of the company, represents the fourth generation of the distillery. He developed the trading activity of spirits on the traditional market, and then created Hawkins Distribution in 1999 for exporting. Cognac Richard Delisle is exported worldwide.

The brand offers a variety of exceptional quality products, ranging from very old Cognac blends, to limited editions such as the latest “Cognac Club Cigar” XO Cognac as well as delicious Pineau des Charentes. The brand has taken home a number of awards over the years which stand as a true reflection of the sheer quality knowledge and expertise that goes into producing Richard Delisle products.

Contact Richard Delisle Cognac’s estate in Charente to find out about visits.