1. Is Remy Martin champagne? No - the growth area of Cognacs come from the Fine Champagne, which uses eaux-de-vie from both the Grande and Petite Champagne crus. They are terroirs used for Cognac production only, not champagne - despite the name.

2. Remy Martin is the only Cognac house founded by a winemaker in 1724.

3. Rémy Martin is now part of the Rémy Cointreau group, a powerful company with various luxury products in their range and an international distribution network.

4. Pierette Richet is Rémy Martin’s cellar master, one of the few women in this industry. She’s only the fourth cellar master in 100 years, that is how much the tradition of the house of Rémy Martin has been kept alive through the generations.

5. Like in any grand family tradition there was a feud… André Renaud senior had written in his will that his older daughter Anne-Marie would inherit 51 percent of the company, and his younger daughter Genevieve 49 percent. Anne-Marie married André Hériard Dubreuil (who then ran Rémy Martin) and Genevieve married Max Cointreau, of the popular French liquor company.

6. Rémy Martin has developed a clear spirit, the Rémy Martin V. Instead of aging in oak barrels, the eau-de-vie goes through an ice-cold filtration process. It has hints of pear and fresh mint and in fact, tastes more like vodka than Cognac.

8. The famous Louis XIII Cognac is originally made with precious Baccarat crystal.

Originally a winegrower, Rémy Martin founded the company in 1724. He implanted a strong family tradition; the business continued to be run by family members throughout the generations to come.

All of them continued Rémy Martin’s passion for Cognac and had a strong commitment to quality. By purchasing additional neighboring parcels of land in the excellent winegrowing area just outside of the town of Cognac in 1774, the family extended their activities to become one of the prime Cognac producers in the region.
The essence of this success lies in the creation of Rémy Martin’s Louis XIII Cognac, blended and registered by Paul Emile Rémy Martin in 1874 with the subheading “Tres Grande Champagne”.
The family tradition sadly came to an end in the early 1900s due to financial problems relating to the business. André Renaud from Gensac-la-Pallue saved the company by bringing in external funds and running it until his death in 1965.
His son-in-law, André Hériard Dubreuil took over after his death, successively turning the company into an international player, for instance by introducing “Rémy Associés”, a worldwide distribution network for alcoholic beverages, including its own products as well as other selected labels of liquor, wine, and spirits.
The marriage between Genevieve Martin and Max Cointreau was said to be the beginning of the collaboration between Rémy Martin and Cointreau until they finally merged in 1990 as Rémy Cointreau.
Needless to say, there were numerous feuds involved in this complex family undertaking, but the companies came out stronger and extremely successful on the other end, even though the financial crisis of the early nineties slowed down its rocketing start.

Today, the merging of Rémy Martin with Cointreau in 1990 can only be regarded as an important development in the company’s development to international acclaim. Its very own distribution network is firmly in place since 2009 (after having been associated with distributors such as Maxxium, Vin & Spirit, and Beam Global Brands).

Vincent Gere is the director of the cognac house and the estate. The visitor numbers reach 200.000 each year, among them many American tourists.

The price of Rémy Martin bottles differs: The offer goes from young, cheaper Cognac to very, very old bottles - at its price.

The Louis Cognac has been reimagined on multiple occasions - the most recent of which is the Louis XIII Black Pearl edition in 2019. The decanter is dedicated to Andre Heriard Dubreuil and is a cutting-edge steel color.

They created a Cannes Film Festival Limited Edition of the Remy Martin XO in 2018 to celebrate the festival. It was created with the famous Remy centaur adorned in golden and black dots on the box.

Remy Martin has gained quite a reputation for itself in the world of hip hop and rap music. Musician and producer Pharrell Williams collaborated with the brand to create a ‘100 Years’ edition Cognac - they announced that Pharrell has locked away his latest song in a vault, to be revealed in the year 2117.

If that’s not interesting enough - Remy Martin created the biggest bottle of Cognac ever in collaboration with Salmanazar; the prestigious Louis XIII Cognac.

Labels and Other Products

Rémy also boasts a range of other products, for instance, the classic Pineau des Charentes or Remy Red, a touch of cognac infused with a mix of red berries, peaches and apricots.

In 2017, Louis XIII releases Remy Martin Louis XIII Legacy Cognac combining the legend of XIII with the ‘legacy’ of the house of Remy Martin. Everything to do with any Cognac created is down to the skill of the cellar master. And over the centuries, only five super-talented people have ever held this illustrious position at Remy Martin.

This limited edition Cognac is presented in its famous crystal decanter with fleur de lys shaped stopper within a delightful presentation case. But what makes Legacy so special is that the decanter sports autographs of four of the five above-mentioned cellar masters: Baptiste Loiseau, Pierrette Trichet, Andre Giraud, and Georges Clot.

Only 500 of this delightful limited edition has been produced, truly making it one for the collectors. Read more about Louis XIII Legacy on our blog.

Rémy Martin offers a variety of guided tours, tastings and thematic masterclasses. Visits begin with a ride in a small train around the premises, with stops at the cellars, the vineyards and finally the historical estate and the distillery.

What is Remy Martin?

Remy Martin is one of the world's leading Cognac brands.

How much is (a bottle) of remy martin?

Prices for bottles of Remy Martin start at around $40, with the more premium bottles costing around $180 and collector's items going for as high as $95,000.

What to mix with Remy Martin?

For a simple and refreshing mixed drink, pair Remy Martin with tonic or ginger ale.

How to drink Remy Martin?

An incredibly versatile spirit; Remy Martin can be consumed neat, with a drop of water, with ice, frozen or in a mixed drink.

What kind of liquor is Remy Martin?

Remy Martin is a Cognac, which is a type of French Brandy made in the Cognac region.

No, it is a Cognac that is made solely from eaux-de-vie from the Fine Champagne crus. To discover more about the terroirs of Cognac, visit our page Cognac France.

This is dependent on which age category of Remy Martin you are tasting, however the VSOP has flavors of vanilla, oak, baked and dried fruit, liquorice and spices. 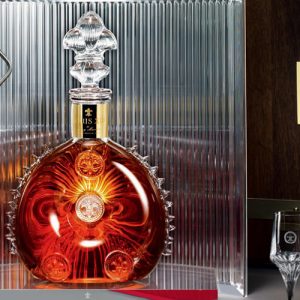 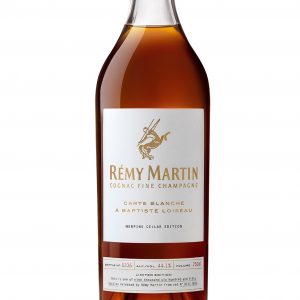 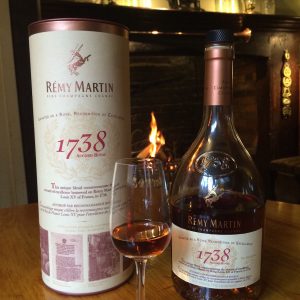 Check out what Cognac-Expert’s Michelle reviewed for you: Rémy Martin 1738 Accord Royal! Since 1724 and for five generations the House of Rémy Martin have created Fine Champagne cognacs that have...
You need to login or create account