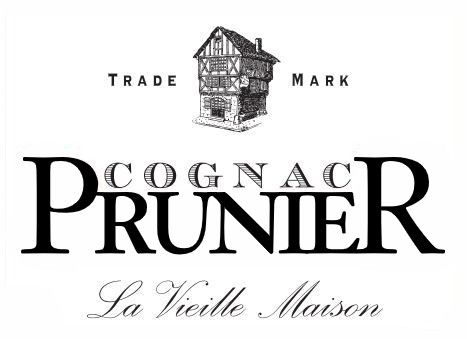 Steeped in tradition, Cognac Prunier is a family run firm with cellars in the heart of the town of Cognac. The house does not own its own vineyards, instead, they buy the eaux-de-vie directly from supplying vine growers and distillers each year, and then carry out the ageing process in their own cellars.

The Cognac house Prunier dates back to 1665, when Jean Prunier, a renowned Cognac expert from the area of La Rochelle, began producing wine and brandy. He began shipping his products around the world in the early 1700s, and Cognac Prunier was born. His son, Gabriel Prunier took over the company after Jean’s death in 1732, followed by his grandson, also called Jean Prunier. Another family member, Francois Prunier, acquired vineyards in the Cognac district around St-Jean-d’Angély. It was him and another Jean Prunier who finalized the firm's move to the town of Cognac itself in the early 1800’s. This third Jean Prunier had three sons, Alphonse, Marcel and Gaston, each who of course followed in the family tradition.

Alphonse took over the firm, Marcel worked in Europe as a representative of the company and Gaston moved to Australia where he set up an antipodean branch of Cognac Prunier in Melbourne. When Alphonse died in 1918 he left no direct descendent. So his widow called on her nephew, Jean Burnez, to take over the management of the company. Next, Jean’s son Claude Burnez (1927-2011) succeeded his father as head of the company before handing over management to his wife Susan Burnez in 1987. Since 2009, Claude’s son Stéphane Burnez has ensured the continuity in this family Cognac company with the help from his daughter Alice, who joined in 2016.

Today, Cognac Prunier has now entered its 11th generation and is still housed in the same medieval house in Cognac that it has been for the past two centuries. It is still a family run business which is at present headed by Claude Burnez’s son, Stéphane Burnez who took over in 2009. The 11th generation of the family to join the house of Prunier is Stephane’s daughter Alice who joined forces with her father in 2016. The company produces a wide range of Cognacs, along with various other brandies. However, the house of Prunier takes great care in remaining true to the age-old traditions of Cognac and brandy production, therefore they take pride in producing a wide variety of aged products – ranging from 2 year old Cognac to much older XO blends.

Not only does Prunier produce Cognac, but because of its innovative buying process, the company is able to also produce authentic Armagnac (from the Gascony region of France) and Calvados (from Normandy) as well.

They also produce liqueurs that embody the luxury of Cognac but with a twist. One such is an orange liqueur that was originally produced by the cellar master more for fun than for business. But once tasted and widely appreciated, it was agreed to produce ‘Liqueur d'Orange au Cognac’ for the market – and is enjoyed as a digestive liqueur at the end of a meal.