A brand representing the contemporary Cognac culture which is particularly present in the United States, NYAK is as dynamic as the people that like to drink it. With just one Cognac product on offer, the brand pours their heart and soul into NYAK VS Cognac which boasts a title of being the smoothest VS Cognac on the market. A token of appreciation to the Afro-American communities that helped revolutionize Cognac, influencing NYAK as a brand and the way in which Cognac is enjoyed as an informal and easy-going drink’s choice today.

The NYAK brand was created in the early 2000s. At that point in time, Cognac houses in France were just realizing that its consumption in the U.S. was drifting away from its tradition of being used as a digestive and instead emerged as a more casual, fun loving, and informal approach to drinking spirits. Simultaneously, the black American community was making monumental breakthroughs in pop culture which sparked a major influence for the NYAK brand. Many aspects of this shift in America is what birthed the Cognac house of NYAK.

It has been said that Cognac became a favorite spirit within the Afro-American community during the Vietnamese War. While the Afro-American G.I.’s shied away from whiskey, generally seen as a spirit for white men, they embraced Cognac as a way to express their identity. It was largely available in Vietnam considering its long history of French Colonization.

Created in 1830, the House is now run by the sixth generation of the family, legacy of Cognac distillation and blending. The current generation perpetuates a tradition of careful innovation and artful blending. The aging cellars and the distillery overlook the lazy Lary river: everything takes its time in Cognac.

Three years after the initial launch, the company was sold and NYAK slowly disappeared. Fast forward to 2019 after new found inspiration, and the brand is happy to be back. While its DNA has not changed and continues to claim to be the smoothest Cognac, NYAK has adopted a fresh new look and energy that’s as refreshing and dynamic as its consumer audience.

Offering just one VS Cognac, NYAK are able to focus all of their attention onto making it exceptionally perfect. Branding NYAK VS Cognac as the smoothest VS on the market, the selected eaux-de-vie in mind of an easy to drink Cognac with an elegant, long finish.

In keeping with NYAK’s identity as a contemporary Cognac brand, its Cognac is presented in a bottle that is more in line with the shift in the modern culture that surrounds Cognac consumption in America in particular. An approach that differs from traditional 16th century style Cognac bottles that are still very much favored by Cognac brands based in France today.

NYAK is located at:

Sometimes, some people get it wrong.  And in the world of Cognac where it’s sometimes hard to understand the somewhat confusing terminology, that’s fine. So we at Cognac Expert are going to do our... 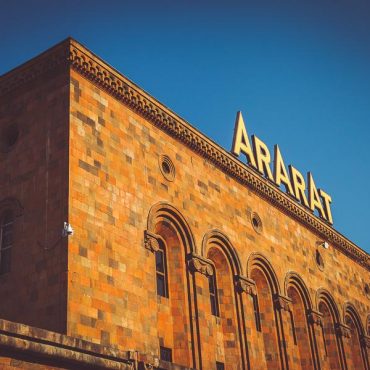 Before we start we need to make one thing crystal clear. While Armenian brandy is popular (and can be excellent) it’s most definitely not Cognac. To carry this name a brandy must undergo strict...
You need to login or create account