The winemaking history of the Lheraud family dates back over the centuries. The story begins with Eugene Lheraud, the winemaker who created the first Lheraud distillery. The next chapter was continued by Rémy Lheraud, and around fifty years ago it was Andrée and Guy who inherited the cognac estate.

Back then times were hard, but with tenacity and sheer grit they continued to work on producing fine cognacs and developing the recognition they deserved. For Andrée and Guy, life was a never ending cycle of trade fairs and relentless travel to countries far and wide to promote their cognacs.

It was in 1970 that it was decided to create the name ‘Cognac Lheraud,’ and from then on things began to look up. Travelling still took up a great many days per year, but once the brand name became established, people the world over began to take notice of Lheraud Cognac and the products they produced.

Today, Guy Lheraud still travels around 200 days a year – continuing to push their cognacs and armagnacs further in the international markets. Although the company is steeped in tradition, they also embrace technology and learn new techniques as soon as they become available to them.

With their estate Domaine de Lasdoux lying in the Petite Champagne region of Cognac, the family Lheraud is well known for their rare and vintage cognacs. However, they produce eaux-de-vie from all of the growing areas (terroirs), and the hand-written labels on the vintage bottles reminisce of the beautiful, hand-produced masterpieces created by Andrée all those years ago.

All the cognacs are stored in the family owned cellars, and some of the rarer cognacs are presented in beautiful crystal decanters.

Lheraud produce a range of cognacs – from the ‘Gamme Emotion Cognac VS’ through to the ‘Cognac XO Carafe Charles VII’.

They are best known for some of their rarer vintages – such as the Lheraud Grande Champagne 1969 or the Lheraud Petite Champagne 1973 Magnum which is presented in a perfect reproduction of an original 18th century bottle.

Prices range from around €25 per bottle for Lheraud VS up into the thousands for the rarer vintages.

There is no information available about visiting Cognac Lheraud. 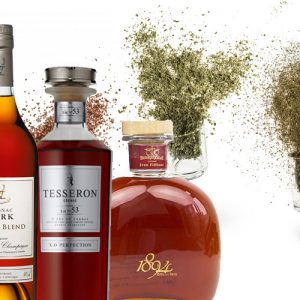 All About Spicy Cognacs (+ 8 tasty ones to try)

Here we go with article 3 of 4 that discusses the taste profiles that define the four seasons. Just the word, “spicy” conjures up visions of Halloween, pumpkins, golden leaves, and more. In other... 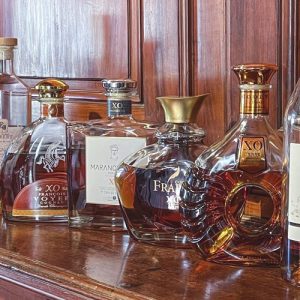 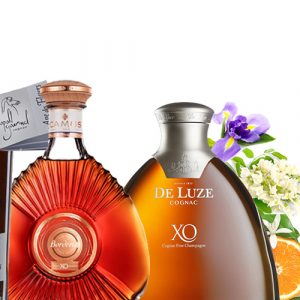 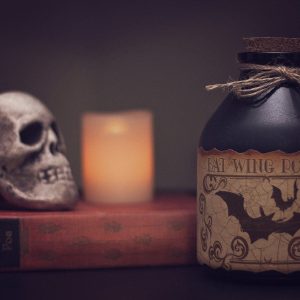 Fancy a walk on the dark side? Yeah, us too. So come with us—we’ll hold your hand if you like—as we take a foray into the world of dark Cognacs. Yes, we’re heading to a place where the lights have...
You need to login or create account