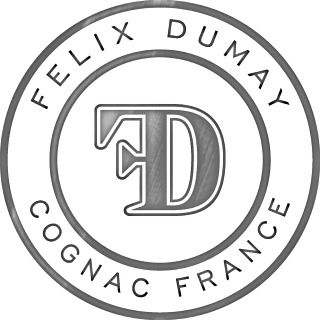 Reviving the legend of a tipple once enjoyed on stormy seas, Dumay Cognac intends to revive the tastes of old, with the skills and knowledge from today. Taking their name from 19th Century distiller and marine surgeon Felix Dumay, this Cognac brand has big shoes to fill - and they’re embracing it with unmatched enthusiasm.

Made with grapes from six vineyards in the Cognac area, Cognac Dumay has been created in the modern day to provide the perfect ingredient for a social evening. Their Cognacs are produced with local grapes, French oak casks, pure rock-filtered water and natural ingredients, all sourced locally.

The Tale of Felix Dumay

Dumay Cognac is a creation inspired by a story; however, unlike many stories, this one is true. It all starts with a man by the name of Felix Dumay, who was born in 19th Century France at a distillery. Dumay studied to become a doctor and was eventually employed as a surgeon by the Navy, travelling the world and sailing to destinations such as Haiti, Macau, Hong Kong and the USA. He was among the first to sail the Suez Canal in 1869 and described many of his ventures in letters to his brother. It was in these letters he explained that he always carried a flask of Cognac with him to share with likeminded people, wherever they hailed from.

After a heavy storm on the way back from Hong Kong in 1854, the vice-admiral of the sailing ship was swept away to sea, but rescued at the last minute among the waves by a young sailor who dove in after him. The storm also caused damage to the ship - a broken foremast - and various injuries to the crew who fought hard to reach safe shores. To show appreciation for their efforts and for the life of the vice-admiral, Dumay gathered the troops around his secret bottle which had been stashed in his suitcase, containing a suitable amount of the finest Cognac from his family estate.

In his diary, Felix described this stormy evening :

“It was a fearsome but also strengthening experience. We didn’t know if we would make it through the gale. Baptiste, this young boy from Southern France, proved to be brave as one single man could be. Against our orders, he plunged over the railing, dove into the whitewater, and crawled across the giant waves. Within minutes, the crew managed to reverse the ship. With two of the longer ropes on the boat - and under the encouraging roar of the entire crew – my comrades and myself pulled the boy and the wounded admiral back up onto the vessel. Several hours later, when the sea got calmer, I gathered the troops in relief.

I ordered Baptiste to go down to my cabin and to pick up the precious little object I had kept at the bottom of my suitcase. I knew of its convivial value, but had not imagined a moment as powerful to share it with my companions.“

From Legend to Reality

Inspired by the work of Felix Dumay, a group of three firends decided to rethink the way Cognac should be produced, perceived and consumed. They set out to create something that would be worth saving, and sharing; something to gather people around one bottle, no matter who they are or where they have come from.

The result is a Cognac created from the very best grapes grown across six vineyards, all part of Dumay production. The makers control everything on-site, from vineyard to bottle, even including an in-house geologist who analyzes the vineyards step by step, - allowing them to understand each parcel of land perfectly. With a creative approach towards packaging, drinks and marketing, this is a producer looking to the future - but always remembering the timeless conviviality of sharing a bottle of Cognac on a stormy night.