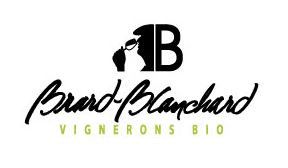 For almost four generations, the family of the Domaine Brard Blanchard have worked on the vineyard. They began in 1972 with polyculture, vines, and dairy, until 1976 when they focussed all of their efforts into viticulture and marketing. The vines have always been grown organically, practicing manual harvest for every product. The estate is located on the southern slopes that border the Charente.

The history of Brard Blanchard

Jacques Blanchard Brard worked in the vineyard with his parents at 15-years-old, and it was at this time that many producers began to used chemical products.In 1972, he suffered from respiratory problems as a result of using the chemicals. He knew that before chemicals were introduced, natural farming was practiced and thought to himself: why can’t we return to this method?

At the time, the company Lemaire Boucher was promoting the return to more natural farming. A conference inspired Blanchard Brard to adopt an organic farming method; it advocated a return to the respect of the plant, soil and of humans themselves.

The first years were very difficult: they suffered crop loss due to mildew, chlorosis and more. It took nearly five years to achieve a decent harvest. To this day, they are constantly striving to improve their practice of organic farming.

In 1976 was when they made their first sale, and they had to find a market for their products as the Cognac they had produced was not yet ready to be sold. Beginning with grape juice, they developed their own white Pineau in 1977.

In 1978 they planted 0.24 hectares of Merlot with the aim of producing Pineau Rosé to be marketed in 1982. In the 80s, a new product appeared in the region: the Charentais wine. They subsequently launched a white wine in 1983, and a red in 1986.

At the dawn of the twenty-first century, they had at this point spent over 30 years of farming organically. Despite both failures and successes, they remain convinced that the way they work reflects the future of agriculture, as it requires respect for both earth and humans.