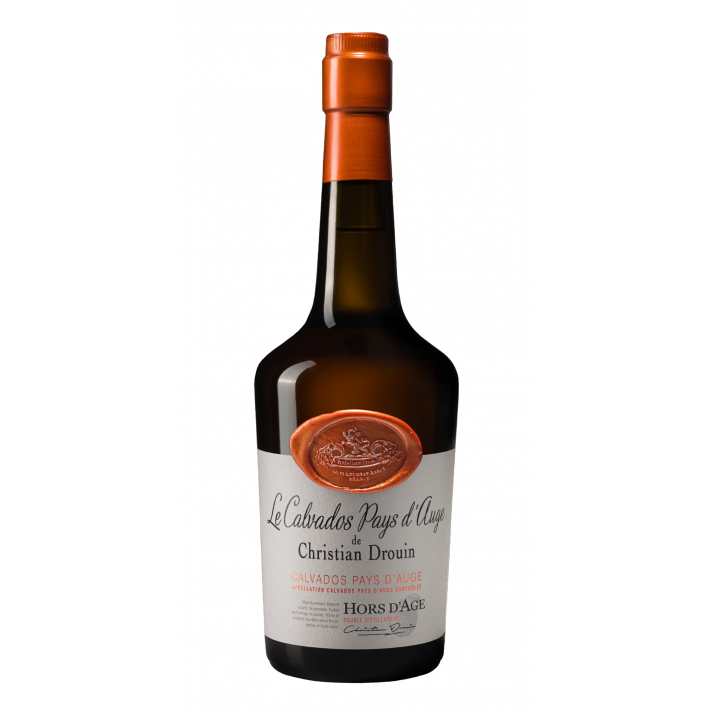 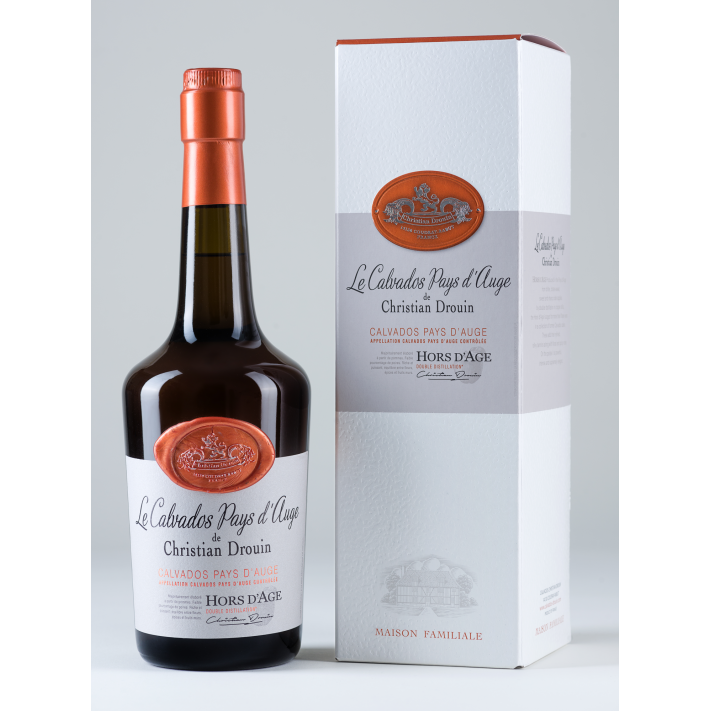 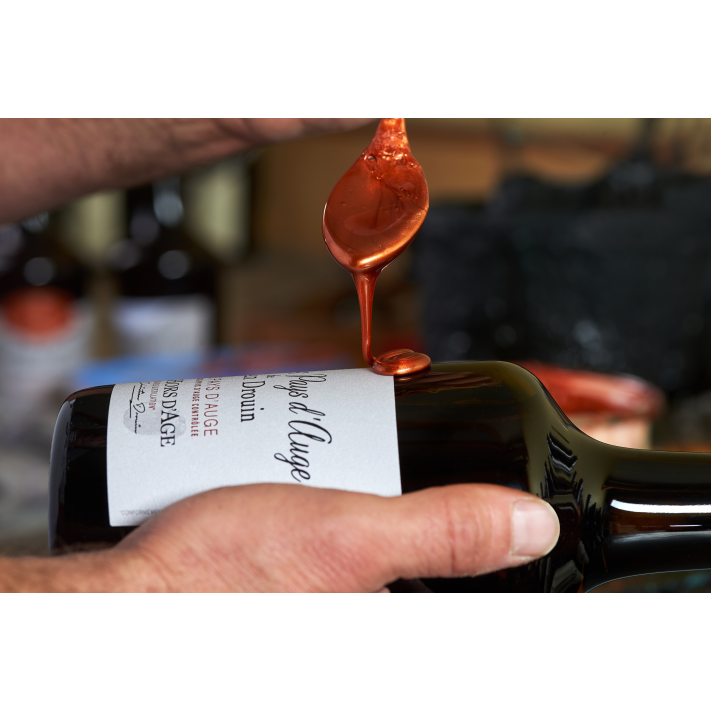 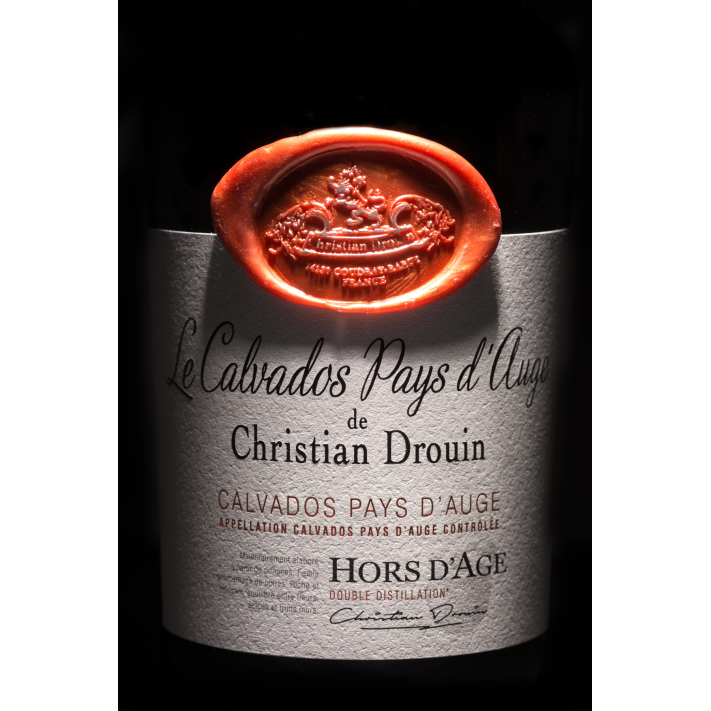 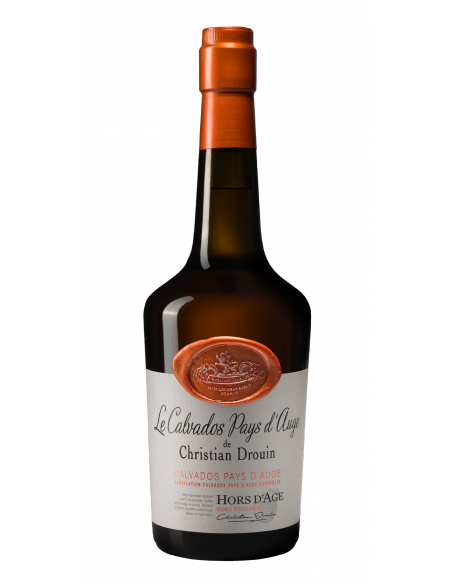 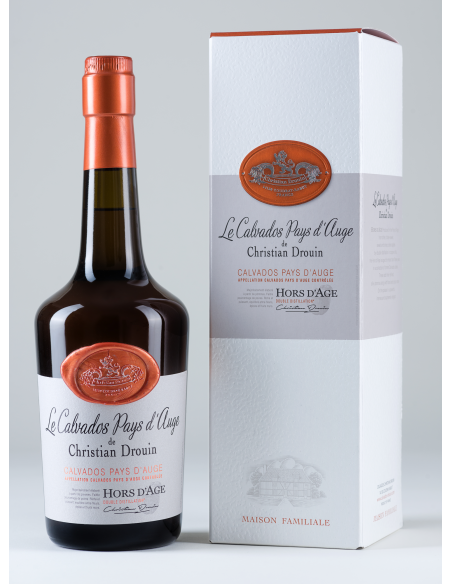 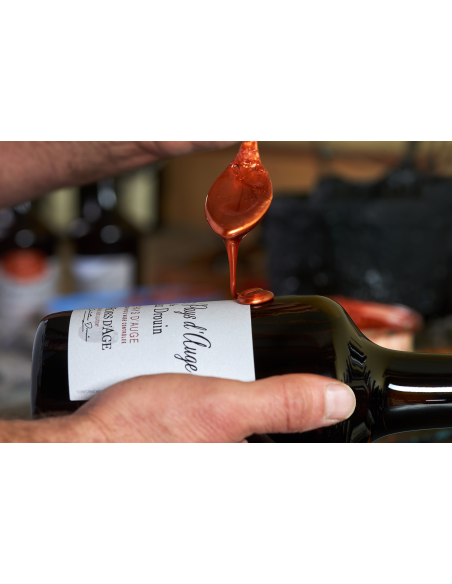 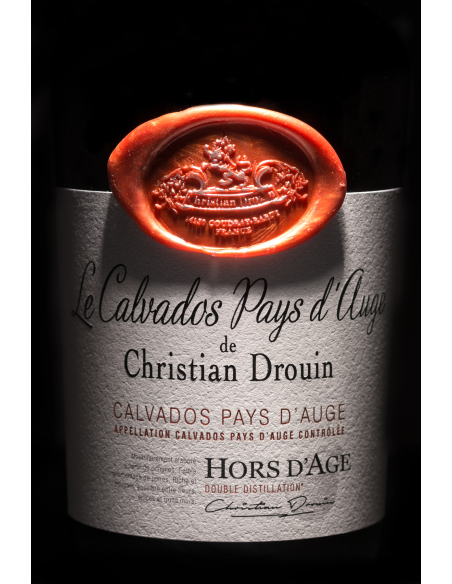 Produced in the Pays d'Auge from bitter, bitter-sweet, sweet and sharp cider apples by double distillation in copper stills, Christian Drouin Hors d'Age Calvados is an award-winning blend that has been aged for more than fifteen years in a collection of former Calvados casks. It presents a stunning and complex example of small production artisanal Calvados - and it is a product that undoubtedly deserves all of its praise and accolades.

From fruity aromas of fresh apples to ripe apples, cooked apples, stewed apples and then dried fruit – the aromatic profile of the Calvados is enhanced by floral and spicy notes taken from the wood. Meanwhile, the calvados gradually becomes smoother as the years pass by. It’s down to Christian Drouin and his son Guillaume to decide when the process is complete and the sweet liquid gold is ready for bottling.

The house of Drouin tells a story of passion starting in 1960 when Christian Drouin Senior became the owner of Fiefs SaintAnne on the Gonneville hills, near Honfleur. Once the farm was planted with apple trees, he acquired a hunger to produce his own calvados. For the next twenty years, he did just that going headfirst into the distillation process, before putting the eaux-de-vie aside for ageing. Ever since the family business has continued to blossom with Christian Drouin Junior and his son Guillaume now at the forefront of production and business management.

Dressed in a suave and sophisticated bottle, the presentation of Christian Drouin Hors d’Age is in keeping with other bottles of the brand’s collection in terms of form. This unique product, however, features metallic orange embellishments including a lions crest which appears to be symbolic of the brand’s company logo. Further orange details are seen on the neck of the bottle and typography - a design choice that completes the overall design with elegant harmony. An elegant bottle worthy of its place in even the most discerning of spirits collections.

Serve Hors d’Age neat or on the rocks. This way you’ll be able to appreciate the eaux-de-vie in its purest form without distraction. Pair with a fruit dessert such as a Tarte Tatin or apple pie for a deliciously sweet and indulgent experience of fine quality.